Makia Has worked with KOFF on a workwear inspired clothing collection, music video and a beer.

Sinebrychoff, established in 1819, is the oldest brewery in the Nordic countries and is one of the longest running companies from Finland. Their first brewery was located just a stone’s throw away from where Makia also hails, in the old workers district of Punavuori, in Helsinki.

Together we wanted to pay respect to the hard-working mentality that has built our city, this country, and its culture. For this we have created a workwear inspired collection featuring colours and illustrations from Sinebrychoff’s history. To add a finishing touch, we dug deep into the vaults of KOFF and created a Mosaic Lager from one of the brewery’s old original recipes.

The collection was first featured on a music video made in collaboration with PME records and KOSKISYVÄRI agency, featuring artists WYK, Justsesomali, Eevil Stöö and Pajafella.

The first drop is released 15th of March, the 2nd drop in the end of April and the 3rd drop in September.

How did you tackle the design process for this collection?

The idea about a possible collaboration with KOFF had been brewing internally for a while and there were some ideas and early sketches thrown on the ‘ideas’ table. Our AD Antti had been working on it with our creative director Totti and things started to take form on the table into a presentable form. A meeting was set up with KOFF’s team and they were keen on the idea right from the start. From there things started rolling fast.

We had already picked the ‘IVK’ name for the collection and then by coincidence, WYK rap collective came out with an IVK song and that is how we got Tumppi involved with this project. After that we really got started with designing of the collection and came up with the idea to spread it in three different drops, as it did not make sense to make beer just for a short sales period. That dictated the structure of the collection. The first drop with more of the basic logo graphics and from there on, new drops with new styles.

Did you utilize any archival or other historical materials as a source of inspiration?

We received the oldest looking hard drive that I have ever seen from KOFF, that had tons of old marketing material and all of the old product pictures. After going through it all, we fell in love with the simple crown logo and the first ever KOFF beer label that was released in 1957. The idea was to make an easily approachable line that would mix well the KOFF & Makia identity. We aimed for a slight norm-core feel, to the first part of the collection.

For the second drop we tried different approaches and finally found the missing link after making a visit to KOFF’s stables in the Sinebrychoff Park. That’s where KOFF’s brewery horses are kept still to this day, in the center of Helsinki. We found tons of old photos, paintings and stories that inspired us to dedicate the second collection to these hard-working horses.

And last. After using almost all the most iconic KOFF marketing assets, the KOFF tram, KOFF tower in Sinebrychoff park and the horses, there was one more obvious thing left. That was the local Helsinki Ice Hockey team, HIFK. KOFF has been sponsoring them since 1985 and the association between the two is strong. That was the inspiration for the third drop.

Who is the collection aimed towards? Any specific targets?

There is a blue collar feel to the collaboration. We wanted to raise the hard-working women and men to the pedestal. The ones whose work often goes unnoticed. I guess it’s for everyone who appreciates that. The collection is definitely workwear inspired, but open for all and easily mixed with your own style.

You have done multiple collaborations with various street savvy brands, from We Got Beef, CTRL and now KOFF. How did this collaborative process differ from previous projects?

The biggest difference was that on this project we were doing everything in-house, as we just got the keys to the KOFF’s archives and our AD Antti was doing all the graphics himself. As on CTRL & We Got Beef, we got all the Graphics ready-made, and were just more like giving ideas and commenting, and of course doing the final placements of the art works.

What was the underlying idea behind the Makia’s brand & can you tell us about the original execution of finding the brand identity?

Juggling thoughts with Joni, the idea was to have some substance to the brand instead of just throwing flashy graphics on a t-shirt. We wanted to create a more subtle no-nonsense brand that would ultimately evolve into a line of clothes meant to do their thing in the Northern climate. An aesthetic that works in the city as well as in the nature, democratic to all and quality to last.

How many different abbreviations does IVK have?

It depends on the occasion, but you know how it goes!

How did the initial idea for the collaboration come to life?

WYK released a song called IVK back in December 2019. 2 days after the release I received a message from Totti and he was letting me know how dope the song is and a few minutes after I got a mystery picture of a beer bottle with KOFF IVK written on it. I made a curious question: WTF is going on…and he shared some top-secret info regarding possible collaboration with Makia and Koff. I told Totti a brief history lesson of beer marketing with hip hop in the USA back in the 90´s and here we are.

What was it like working with Jesse on this project and what kind of process was it?

Working with Jesse was very easy. I think we kicked off from the scratch passing ideas like baseball and challenging ourselves with the idea of doing something bigger than just a print collection with known labels all over it. I think Supreme and HUF had already played that card with the budweiser collections. We wanted to shake the illusion of a KOFF man that everybody might have in mind when they think of KOFF as a beer brand. Let´s flip the idea of hard rock blasting, chain wallet hangin´ and cowboy boots rocking hellraiser, but still make homage to its working-class roots with style.

Where did the idea for the IVK video come from?

I am a big fan of road movies and several TV series from past decades, and I think that is something that is easy to spot from the storyline we created for the flick. We also wanted to do something that would resonate outside of Helsinki also and capture different places and faces along the way.

Kingfish and Pajafella hopped on the track – can you tell more about how they found their way on to the project?

It was just a natural fit. We had a good time recording with Kingfish / JustSeSomali on the IVK track, so it was a no brainer to ask him to push it a little bit further this time. Pajafella gave me some nice words when we came out with IVK for the first time and I had already told him we need to do something together at some point. When I called him after the first KOFF meeting he was down on the spot.

What is your favorite piece out of the collection?

There is so many…just to say something I have to go with the reversible fleece bomber and the birra suit, not to mock on the wood glocs….and THE BEER.

Will the IVK saga continue?

Till the casket drops. 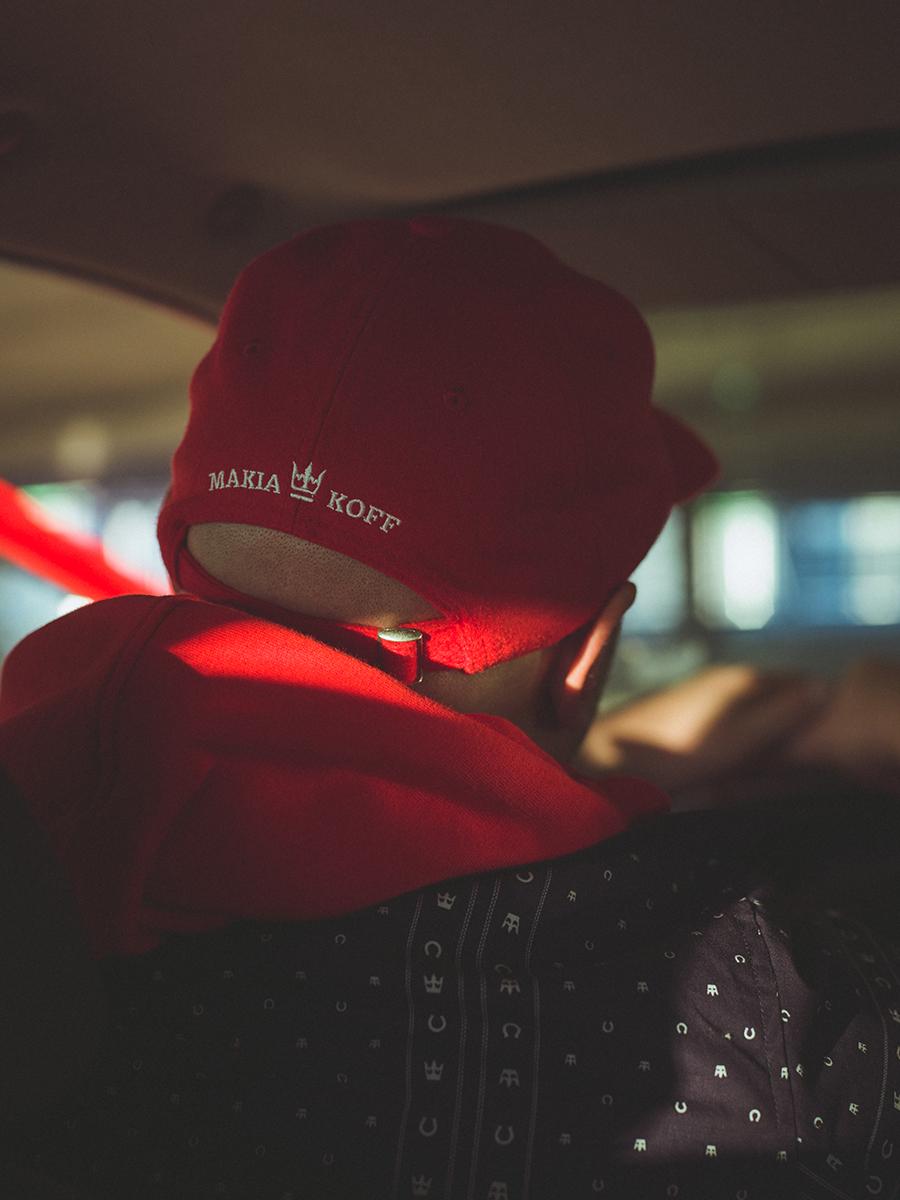 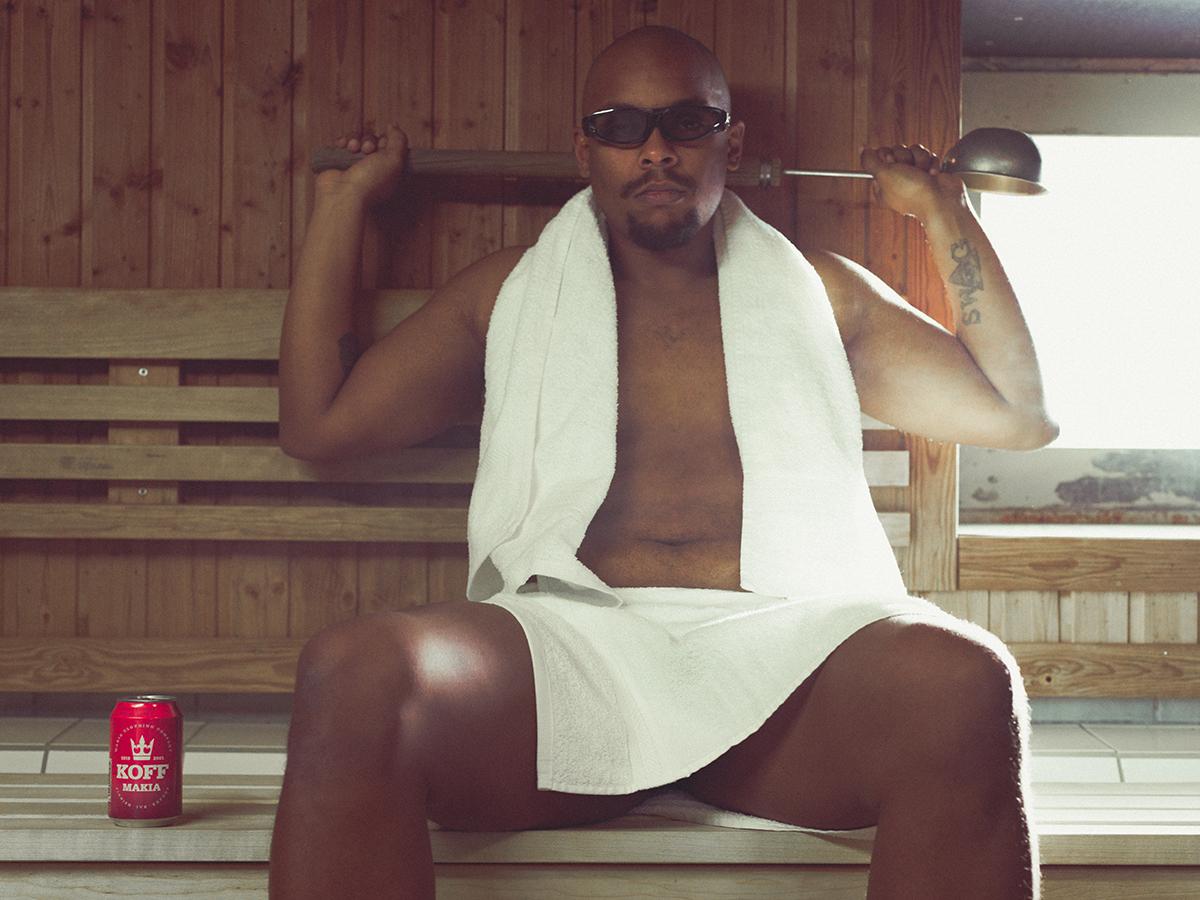 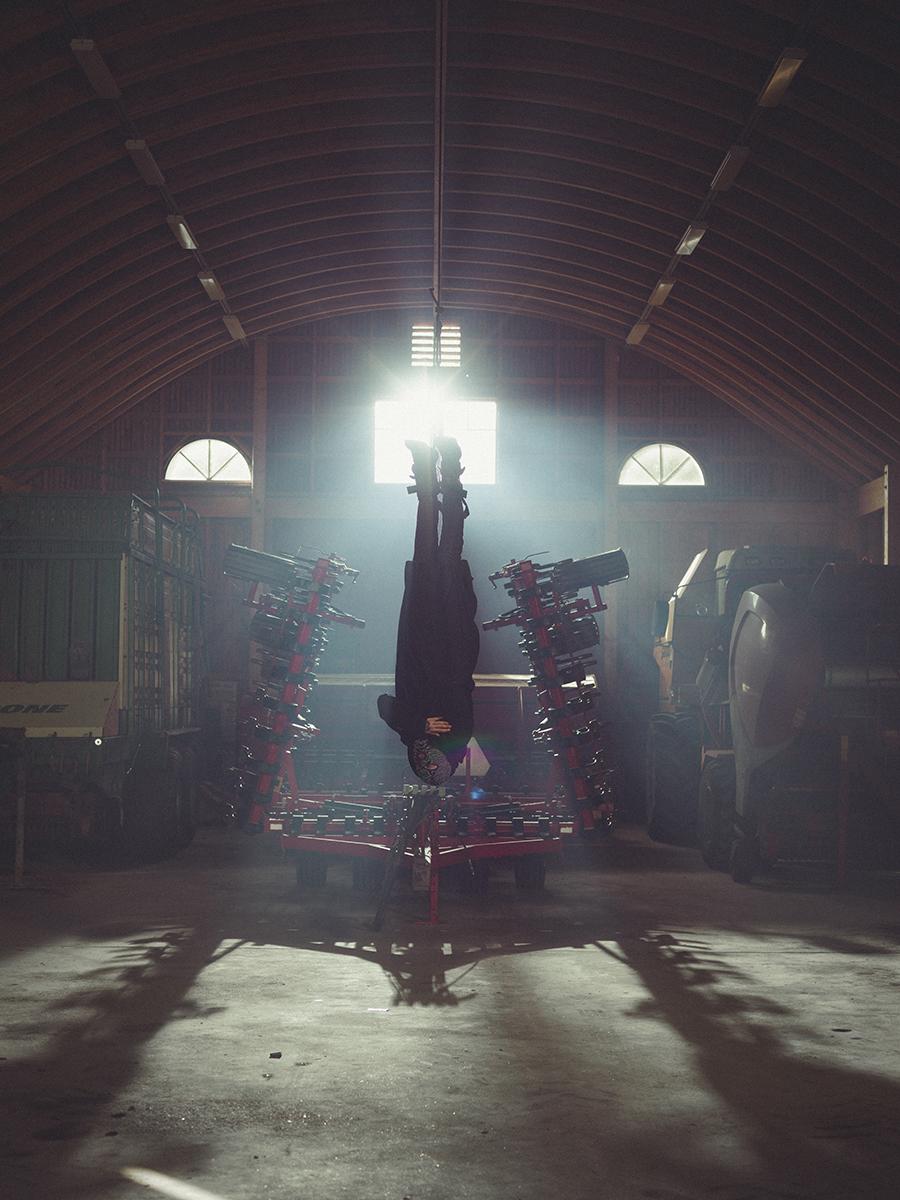 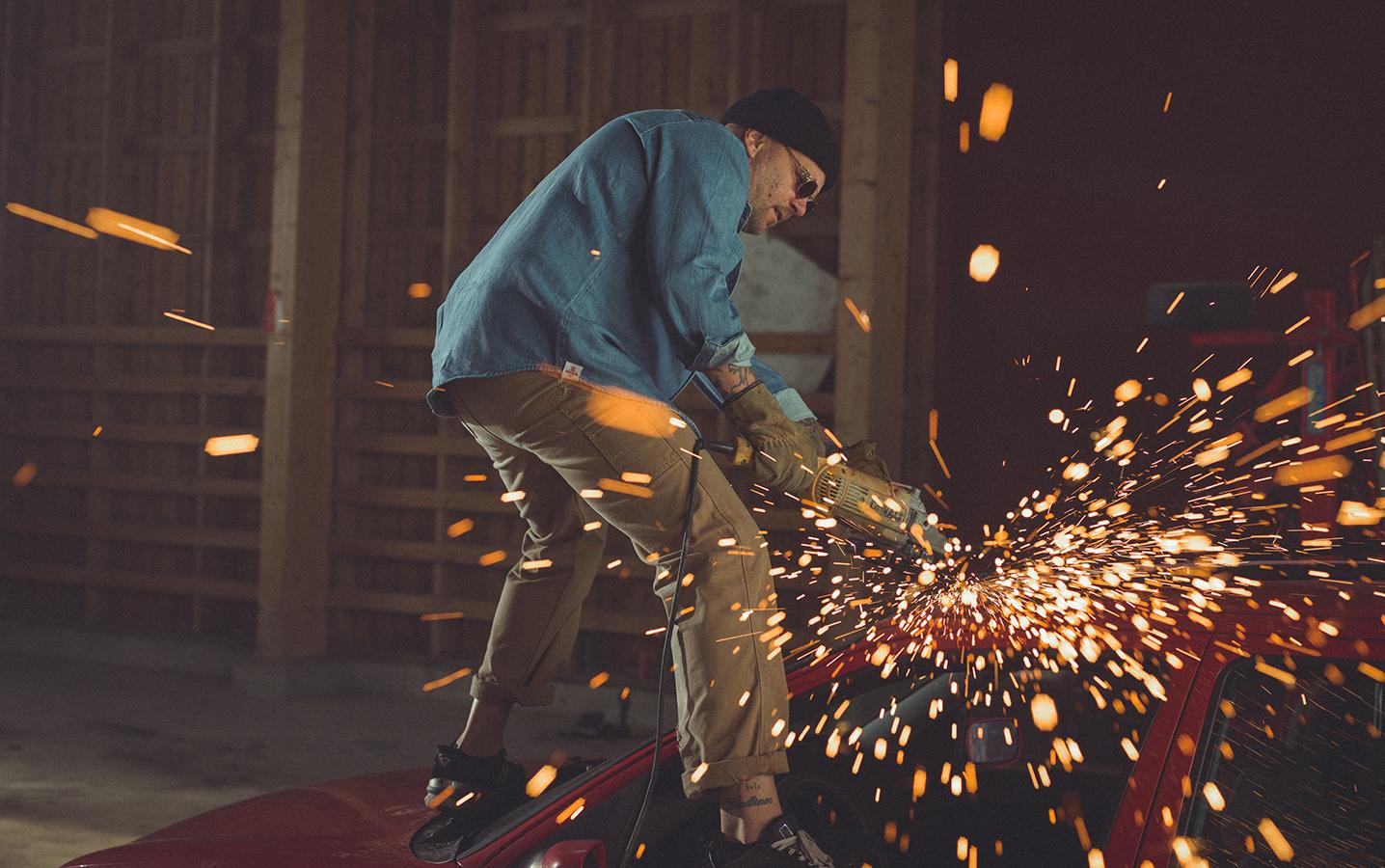 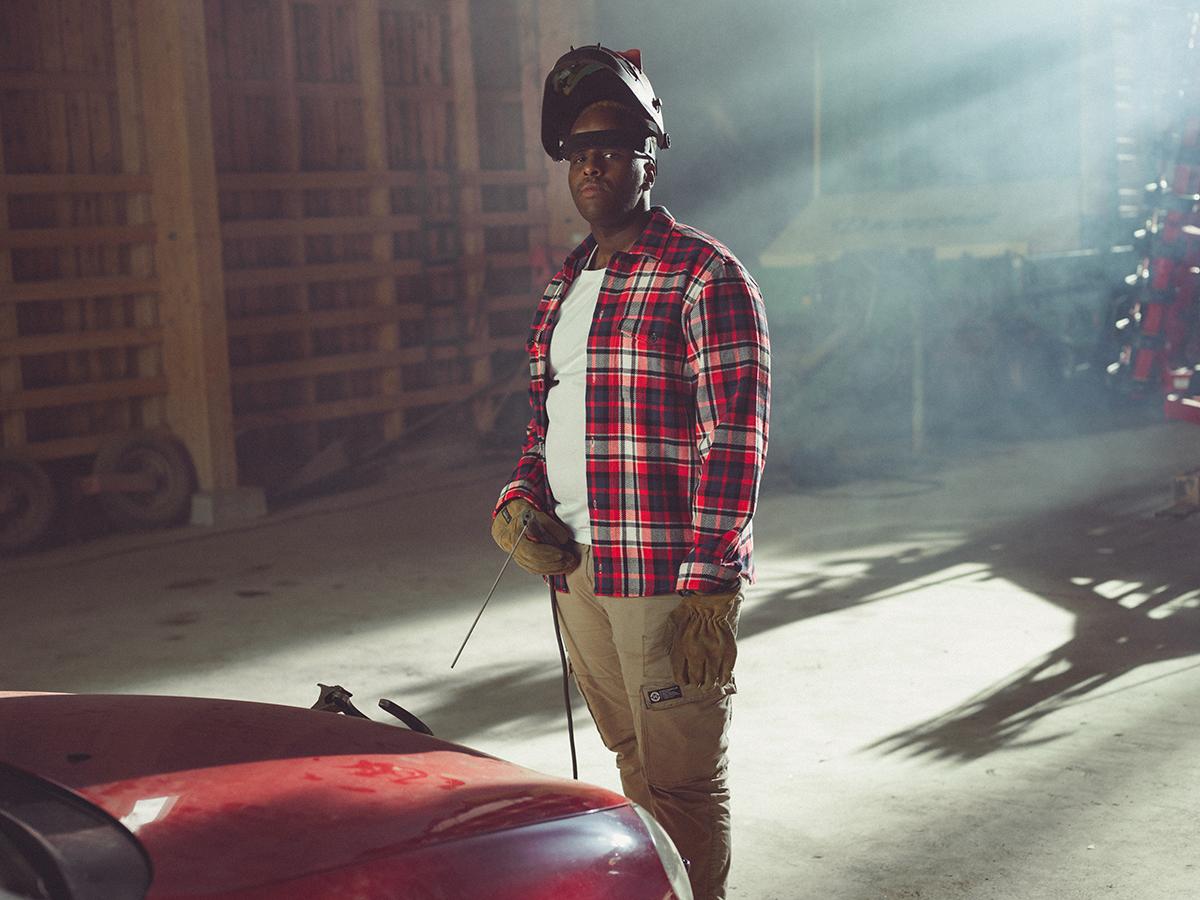 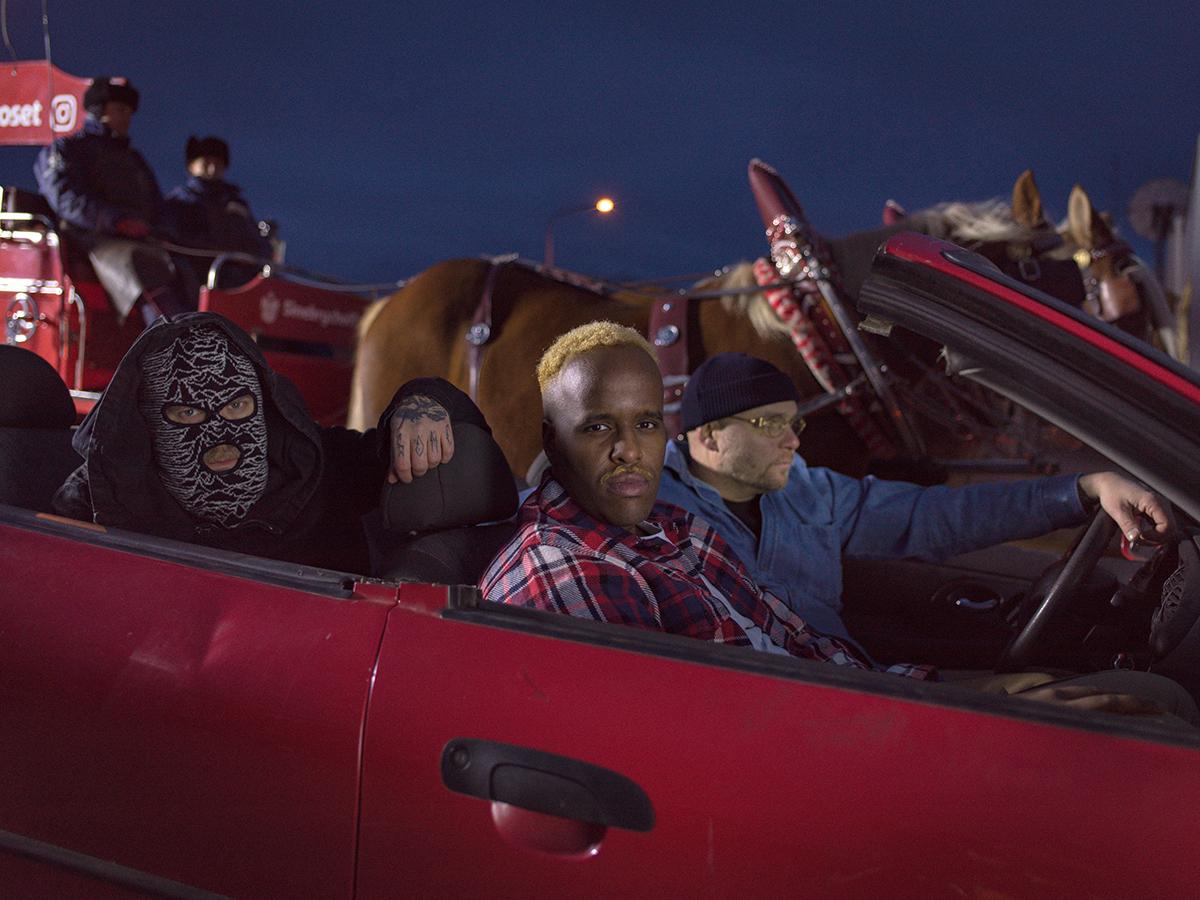