The Lasipalatsi building complex, where our Flagship store is situated in the center of Helsinki, has a long history.

In the 1700s’ under the Russian rule, the lot served as barracks for Finland’s previous capital city of Turku. In 1918 barracks got blown apart by an air raid of the 1st world war. The badly damaged building got left astray for decades until the Olympics got scheduled for Helsinki. Three young architects, Viljo Revell, Niilo Kokko, and Heimo Riihimäki designed a modern functionalist building with large glass surfaces, open spaces, and modern light signs.
The great miracle of Helsinki was born. One that had to be seen during the evening, when the light-up glass shined in its full glory and made the building appeared as a palace — large pillars, lots of light, rooms that let the sunshine flow through. The Glass Palace was Helsinki’s first modern “shopping center,” where everything was at the reach of your hand.
The first stores opened for Christmas in 1935, and the official opening was held the next year. The building was also home to the largest movie theatre in the Nordics at the time. The Bio Rex cinema. A place where people would turn up to see and be seen. Customers included movie stars and local big shots. While the courtyard hosted an array of exotic plants brought from abroad, The interior of the building had taken notice of the transmittable diseases of the time. It was designed to be hygienic and straightforward with easily cleanable surfaces.
During the 50s, the downturn of the building begun, as the restaurants fled to a newer location across the street. Lasipalatsi turned into smaller office spaces. The building was almost torn down but was declared as protected by the city. It wasn’t until 1995, after decades of abuse, that the city council decided to restore the building to its former glory.
Today, as good as ever, and of the most notable modern functionalist design buildings in Helsinki from the 1930s. Lasipalatsi hosts an array of restaurants, cafes, and boutiques for brands like Iittala and Karhu as well as out 170 square meter Makia Flagship store. The recently opened Amos Rex art museum has injected a new burst of visitors and re-established the building as a hub and a meeting point for Helsinki’s urban culture.

Makia Flagship Store
In May 2017 we opened our first Flagship store in the city centre of Helsinki. The 150 m2 store is located in the recently restored historic Lasipalatsi building, one of the most notable modern functionalist design buildings in Helsinki from the 1930’s and carries the full Makia collection, along with some seasonal limited flagship-only products.
Mannerheimintie 22-24. Helsinki 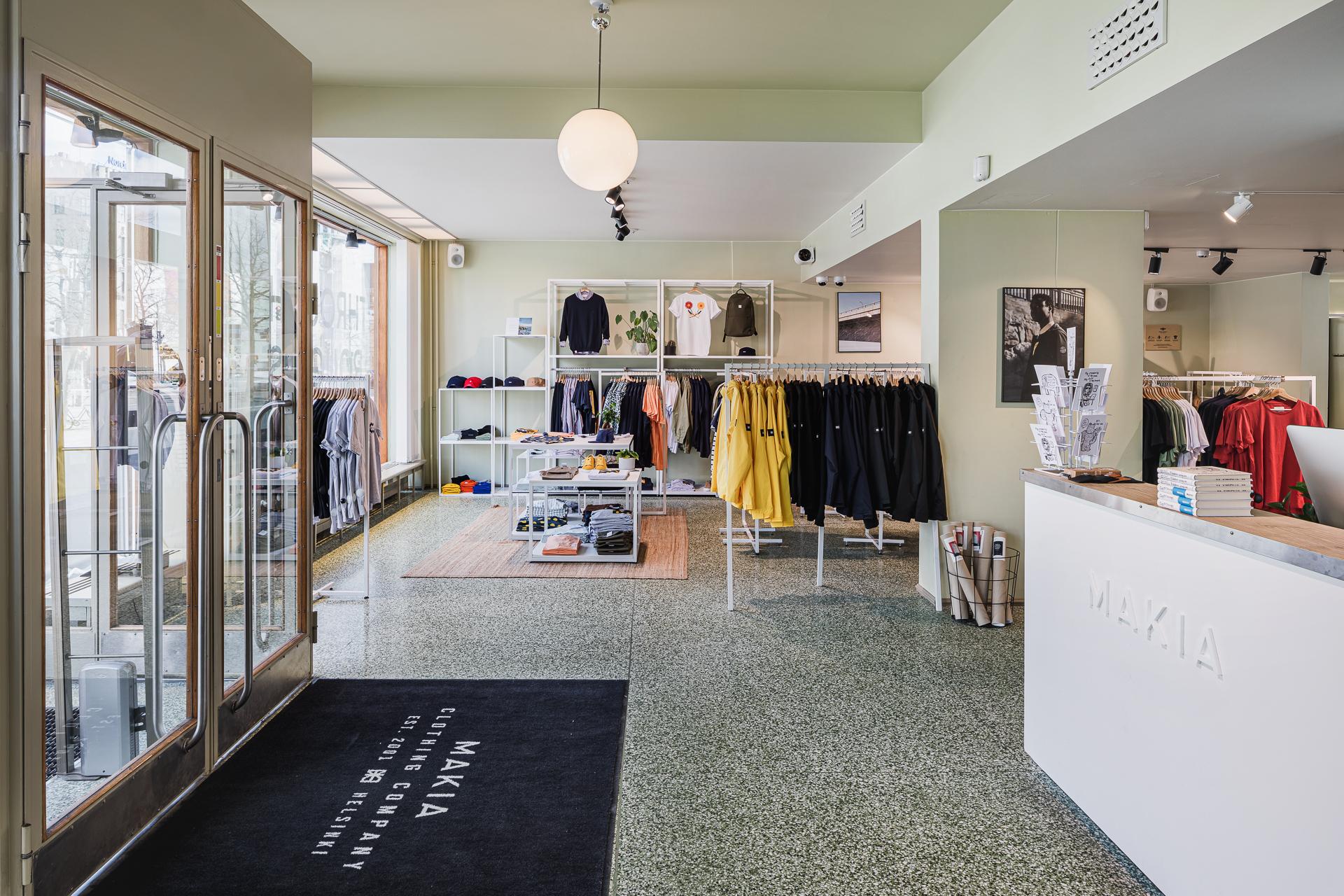 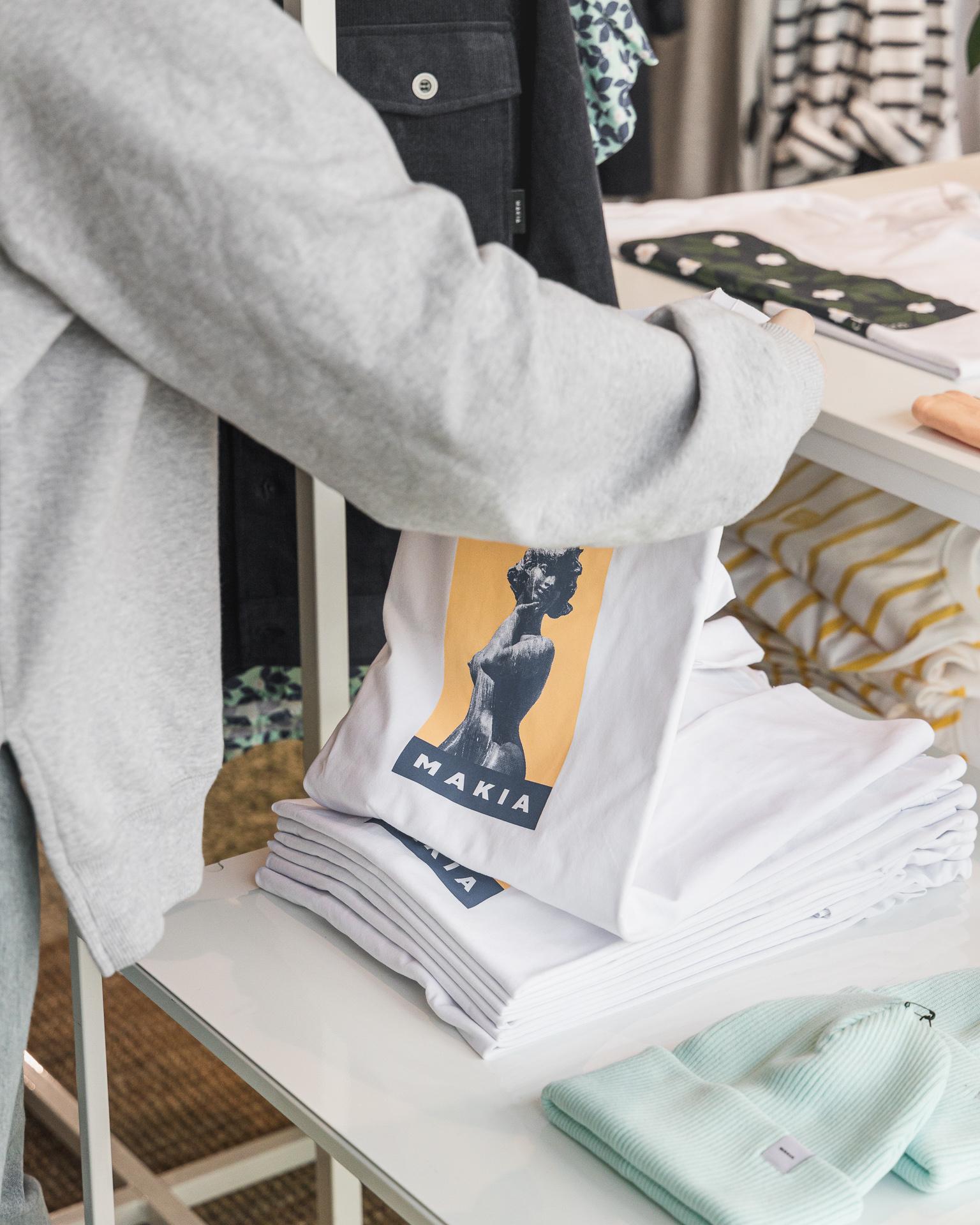 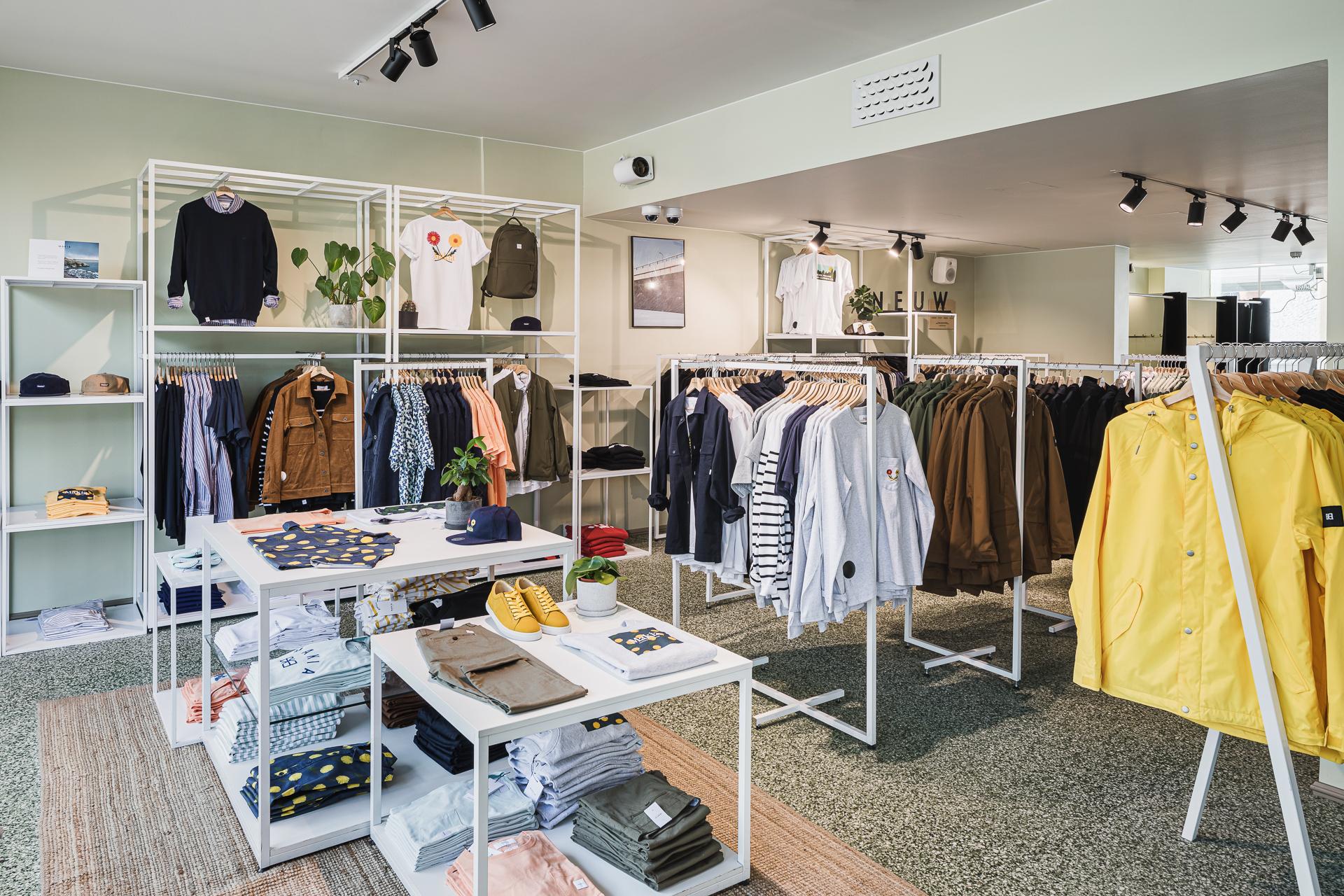 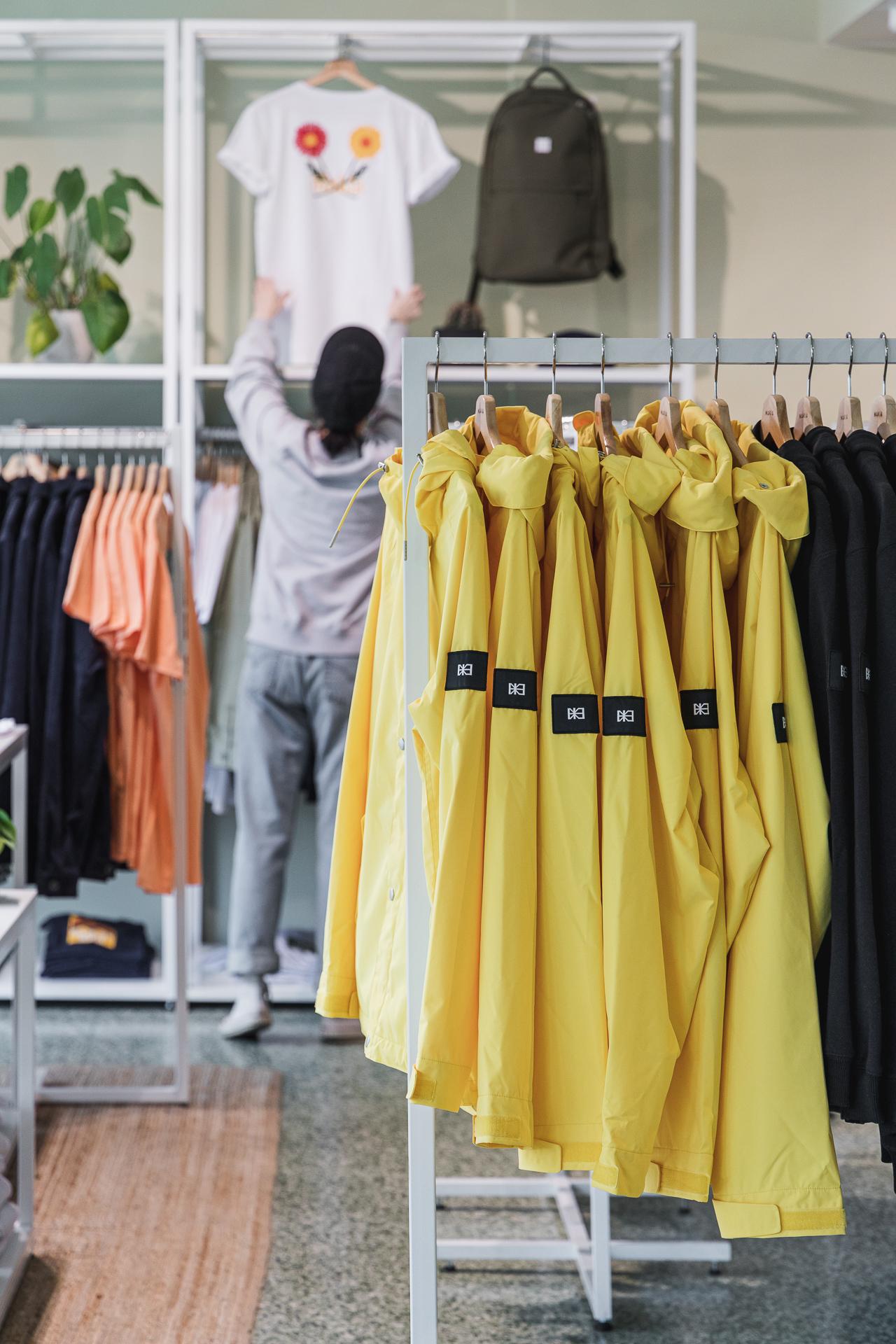 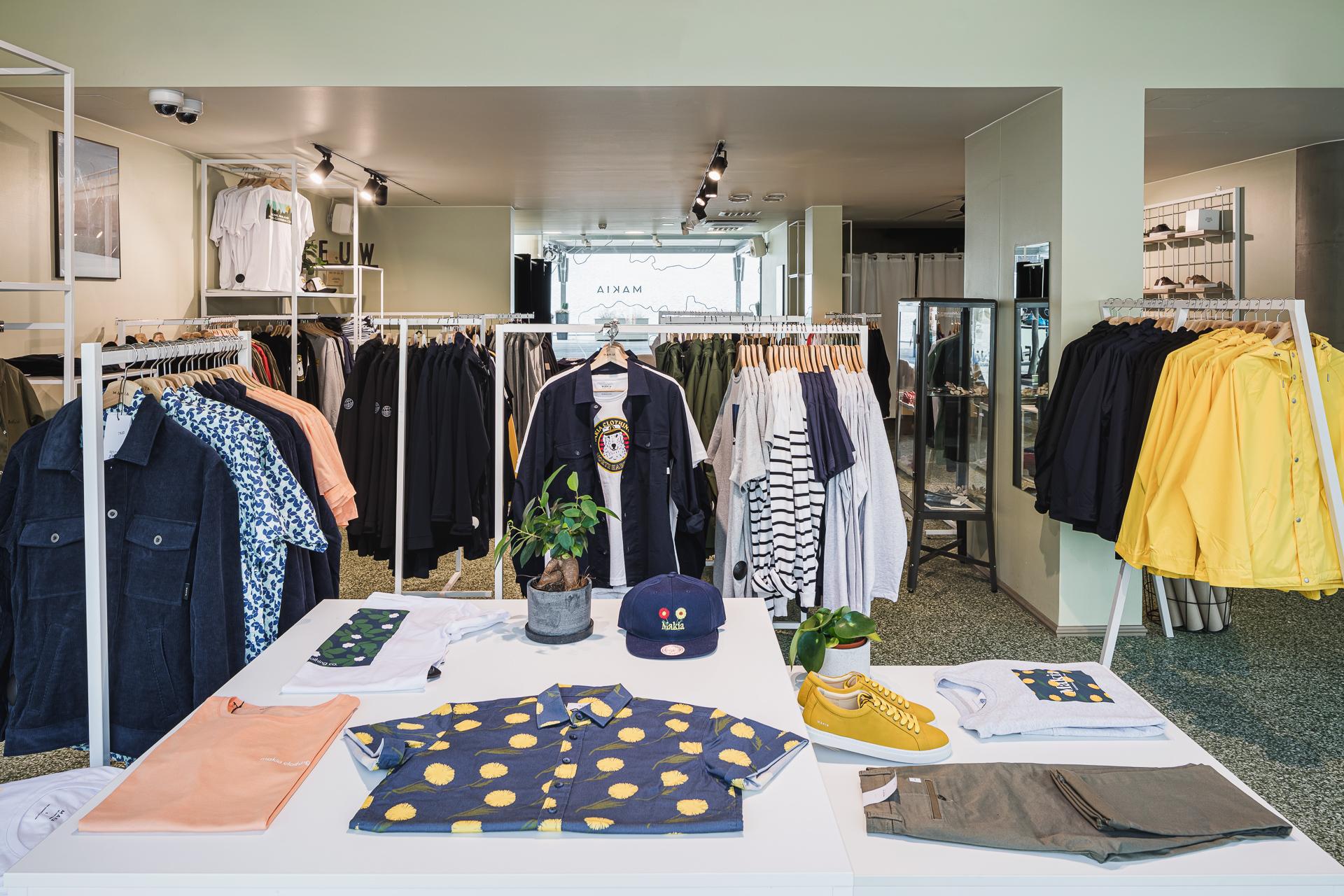 To celebrate Makia’s twenty year long journey, we will publish four Journal posts highlighting some of the pivotal moments from along the way. Enjoy part 4/4.

Makia has worked with RFSU on a limited edition long sleeve and t-shirt featuring graphics of their iconic Magic condom brand.

Inspired by the introduction to skateboarding culture that landed in Helsinki in the late 80s and early 90s, Makia has worked with HUF on a Nordic influenced streetwear collection designed for the rugged pavement and harsh elements of the North.