To celebrate Makia’s twenty year long journey, we will publish four Journal posts highlighting some of the pivotal moments from along the way. Here is part 2/4.

Makia’s first collection was photographed in Helsinki by Kimmo Syväri. It featured some of our local friends wearing the eight articles manufactured in the small town of Multia in the middle of Finland and included products like the Raglan Parka, jeans, a zip-up hoodie, a belt, and some t-shirts with the Makia flag sewn on them. The collection was Nordic street minimalism by style and was quickly distributed to local stores around Finland in the early winter of 2007. A few nail-biting weeks went by, and Totti’s phone started ringing with positive feedback from the store owners that had agreed to take our clothes in mainly on a commission account. There was clearly demand for a more toned-down value based approach in the streetwear market.

As quickly as the good news had come in, new challenges arose as our bank account had been running on fumes for quite a while already. We needed some cash for the next round of production and to carry us over the slumps that it took for stores to get the gear sold and pay us back. So through mutual friends, we met a start-up investor by the name of Sebastian Koreneff and got into an agreement so we could keep the ball rolling. This became the foundation for our coming years as we quickly realized that producing clothing was a very capital-binding business. As a small company, everything had to be paid to production upfront. Sometimes, it could take stores 6 months or longer to pay us back, if not longer.

The first foreign trade show Makia attended was Bright in Frankfurt. Jesse and Totti took the ferry over to Germany. They slept in sleeping bags under the stars as the whole fair booth was brought along with wood and nails and the collection all cramped in the small Volkswagen transporter van. If now our company is 90% business and 10% fun, it was the opposite during those days. Beer fuelled nights were more a norm during trade show season, and the booth acted as a meeting point for the good times to follow later that night.

Nevertheless, our first foreign distribution agreement was signed on that trip. The Spanish agency Playgop somehow saw through the madness and agreed to distribute Makia in Spain. Guillermo Colomer Domenech was an old friend of Joni and Totti’s from their snowboard days and had liked what he saw during the trade show.

To be continued in part 3. 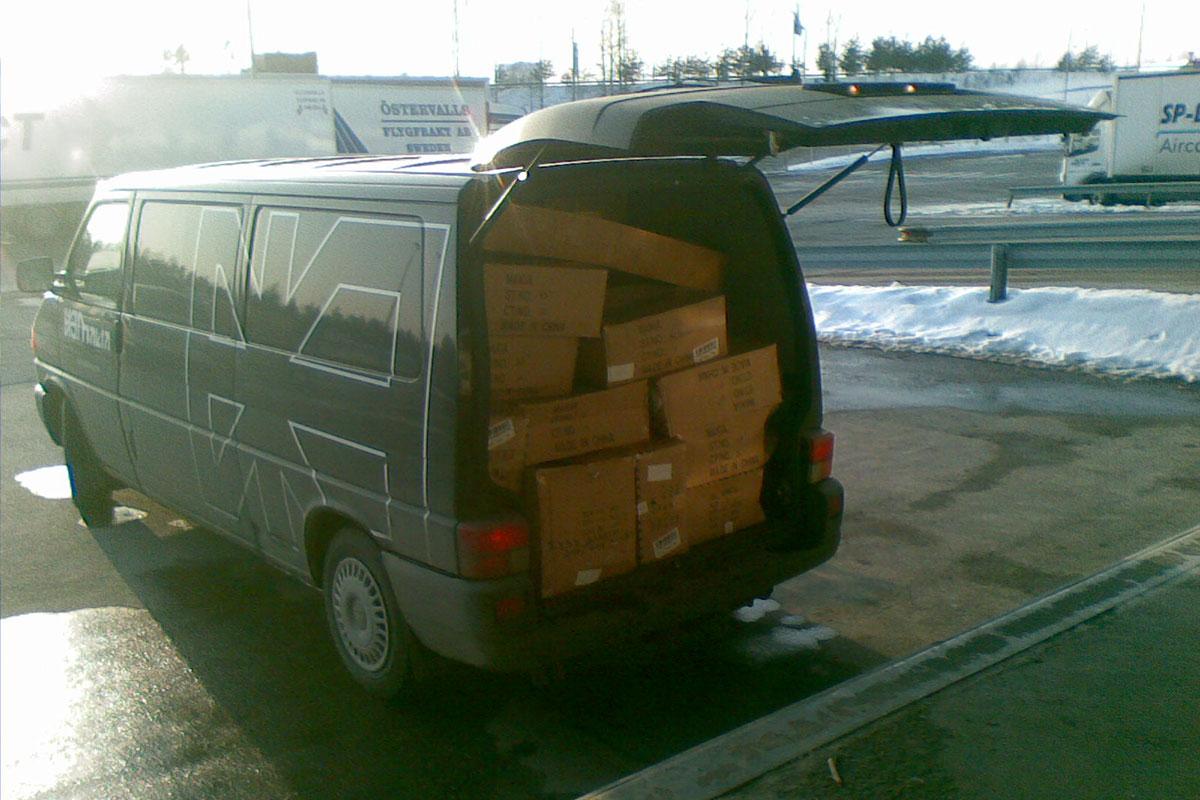 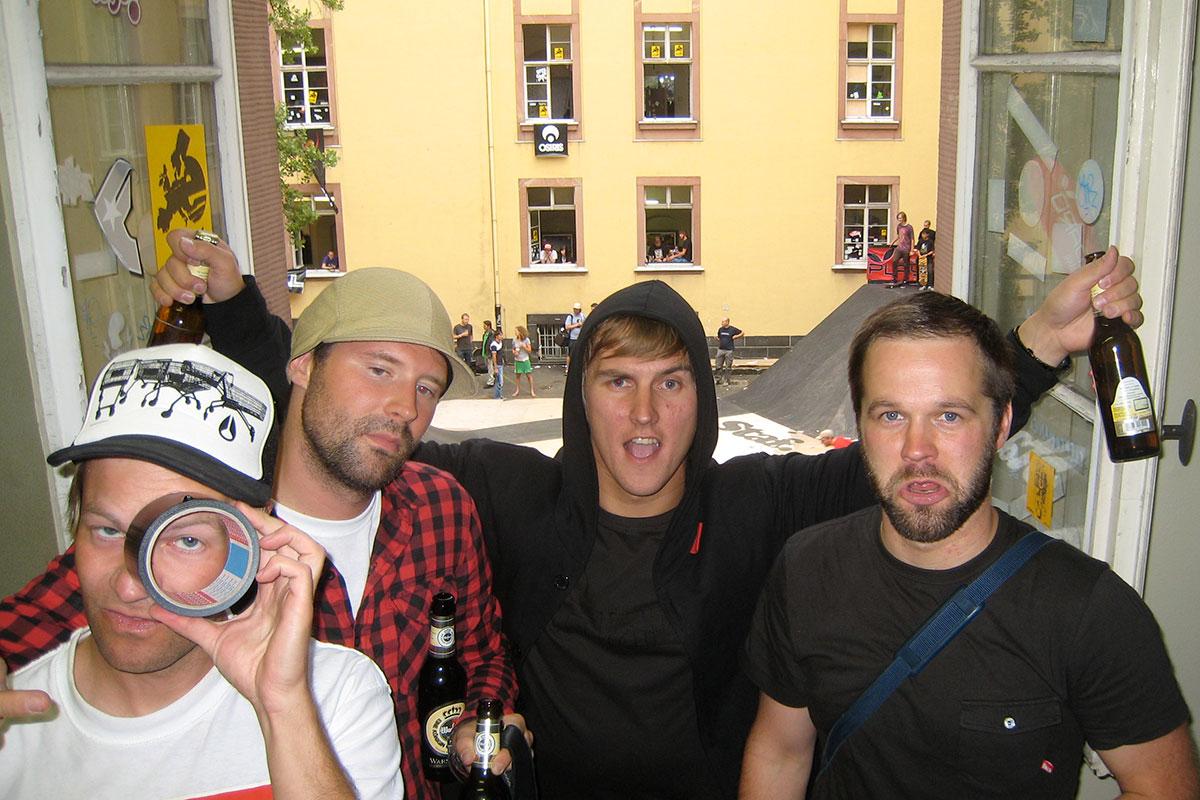 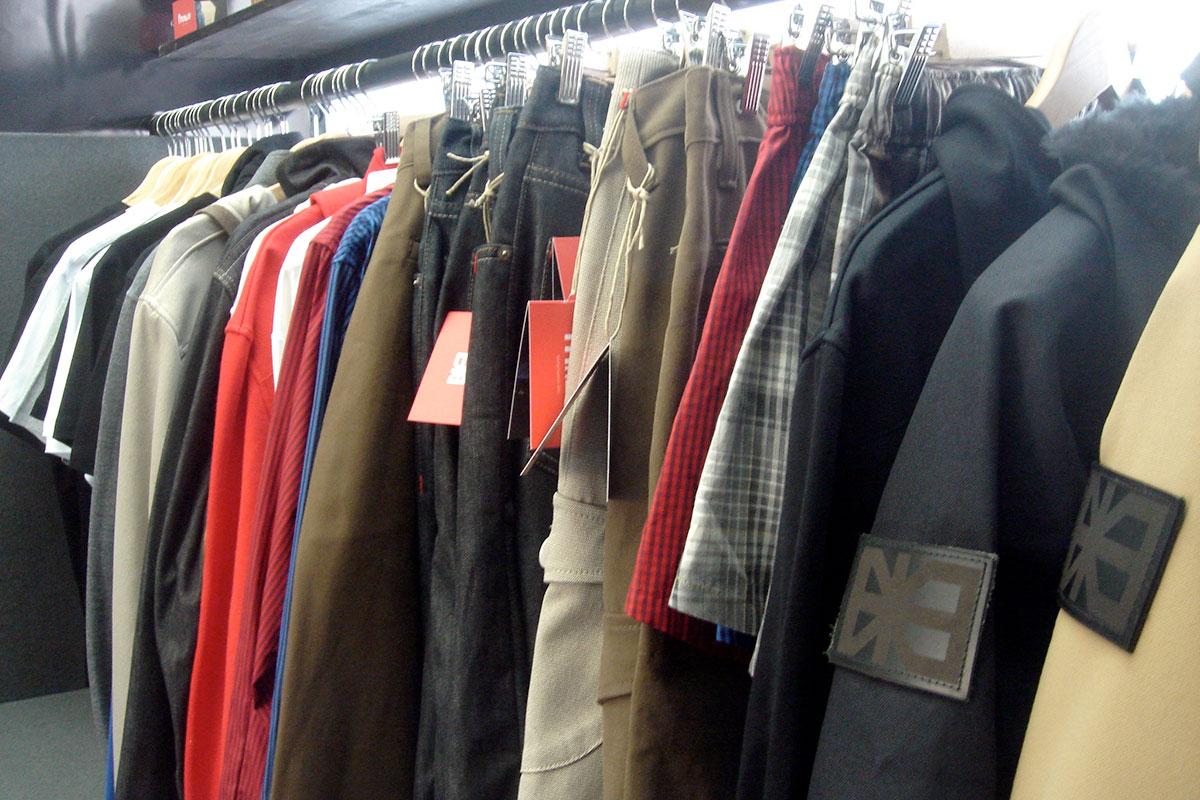