Free shipping on all orders.
Get a free unisex Merino Cap (black) when buying a jacket (value 189€ or over). The offer is valid until October 9th.
Cart (0)

Makia has worked with legendary Finnish children’s author Mauri Kunnas, bringing his colourful and detailed drawings into a new light on a collection of modern day streetwear.

It is a true honor for Makia to present our newest collaboration with the legendary Finnish children’s author Mauri Kunnas.

Mauri Kunnas is the most successful cartoonist and author of children’s books to come out of Finland. His books have accompanied multiple generations of Finns on their way to adulthood and have been translated to 41 languages and published in 36 countries around the world. Kunnas was born in Vammala and graduated from the University of Art and Design in Helsinki as a graphic designer in 1975. He has worked as a political cartoonist in many Finnish newspapers. Mauri’s books feature human-like animals and recurring characters like Mr. Hakkarainen, a sleepwalking goat. Recently Mauri has worked on a grander scale with The Canine Kalevala, a new version of the classic Finnish epic more accessible to children because that is what he ultimately wishes. To slightly educate and to bring joy to the people. He attributes a large part of his success to his good wife, Tarja Kunnas, who has worked twenty years on Mauri’s side doing the painting for her husband’s drawings. In 2014 Mauri Kunnas won the “Vittoria Samarelli Literary Award in Italy.

This collaboration brings Mauri’s colourful and detailed drawings into new light and adapts them into a collection of modern day streetwear. The collection features items like a hand signed denim jacket limited to hundred pieces, and a new “shipyard dog” character especially drawn for Makia. 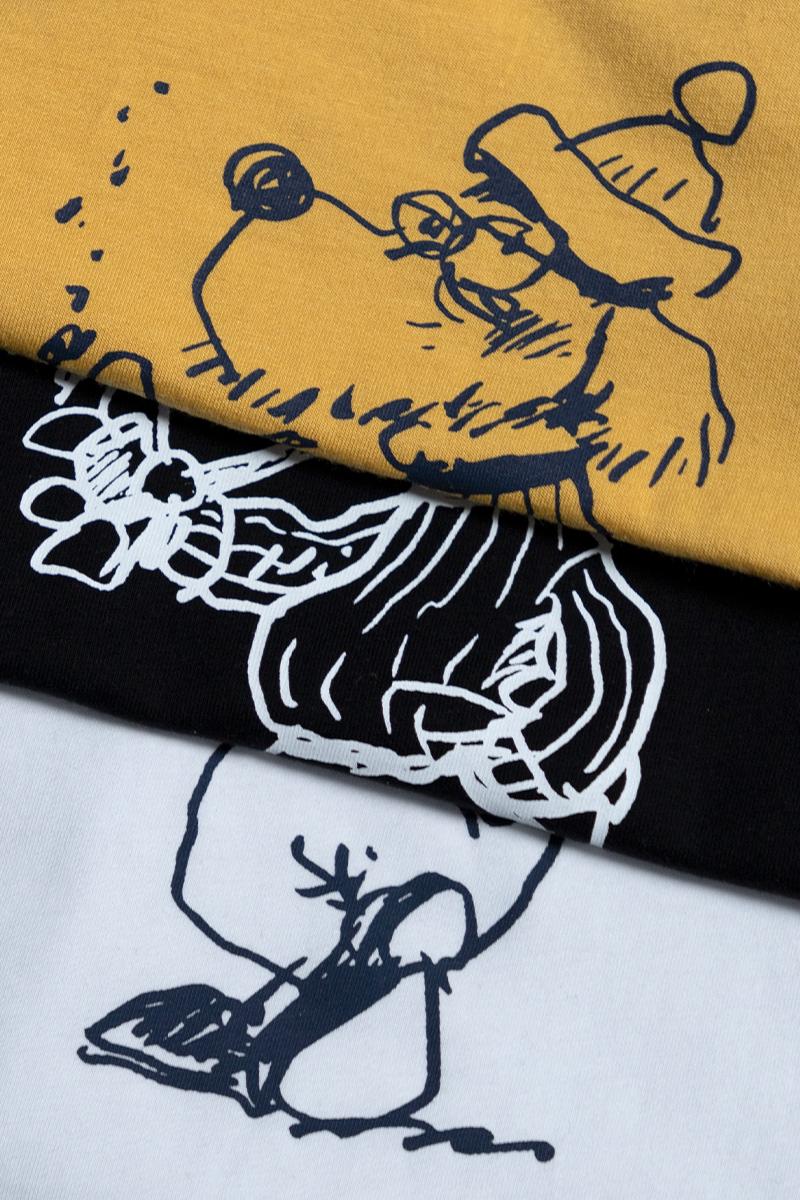 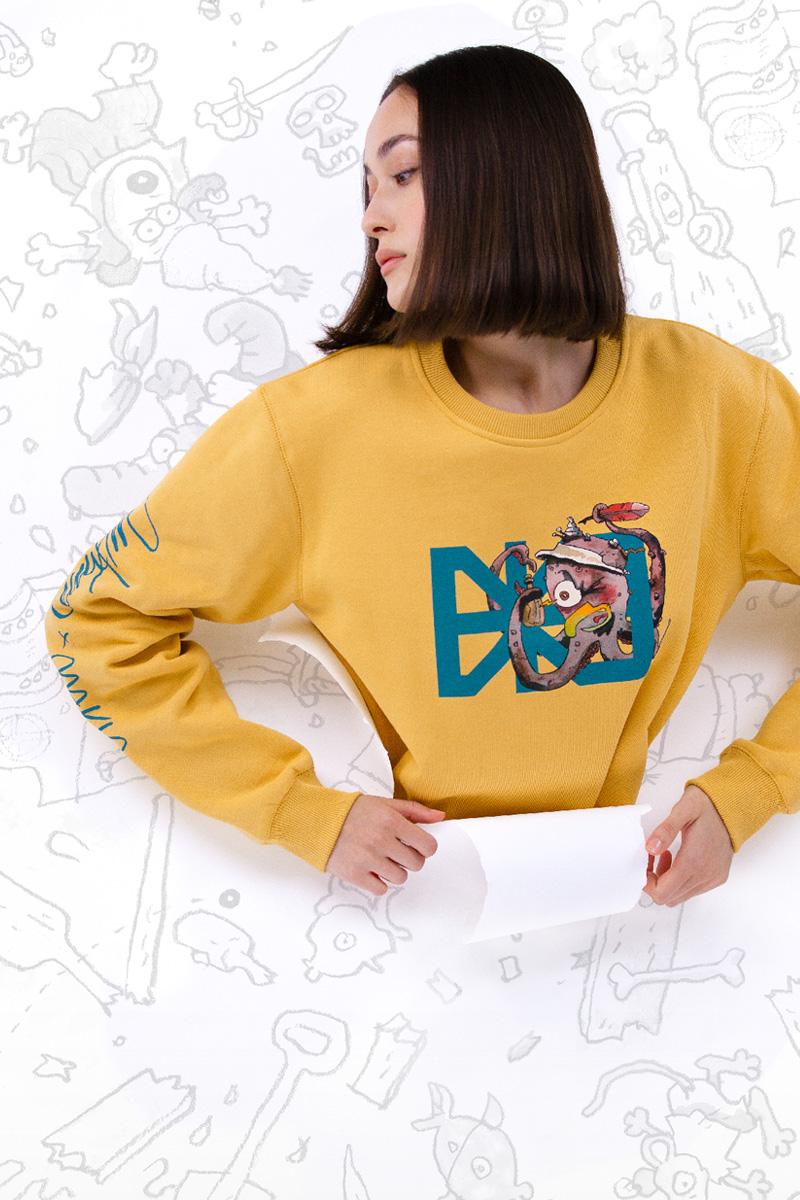 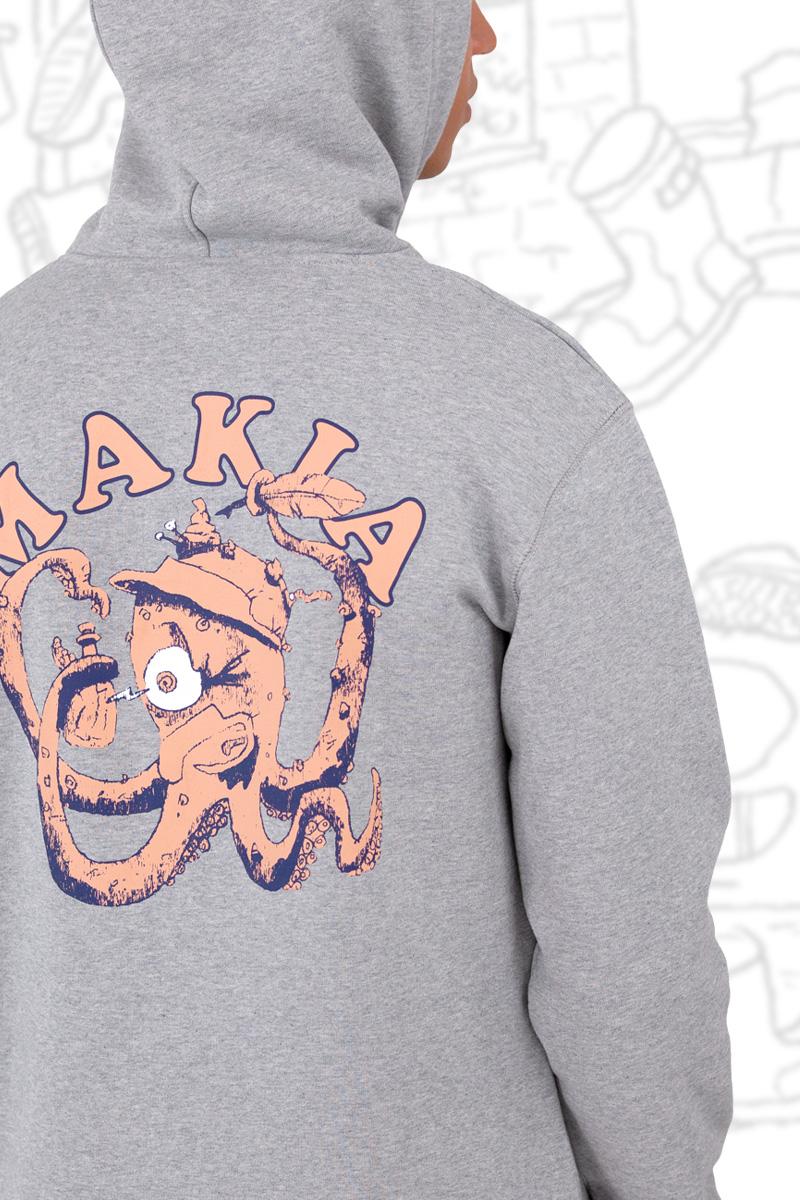 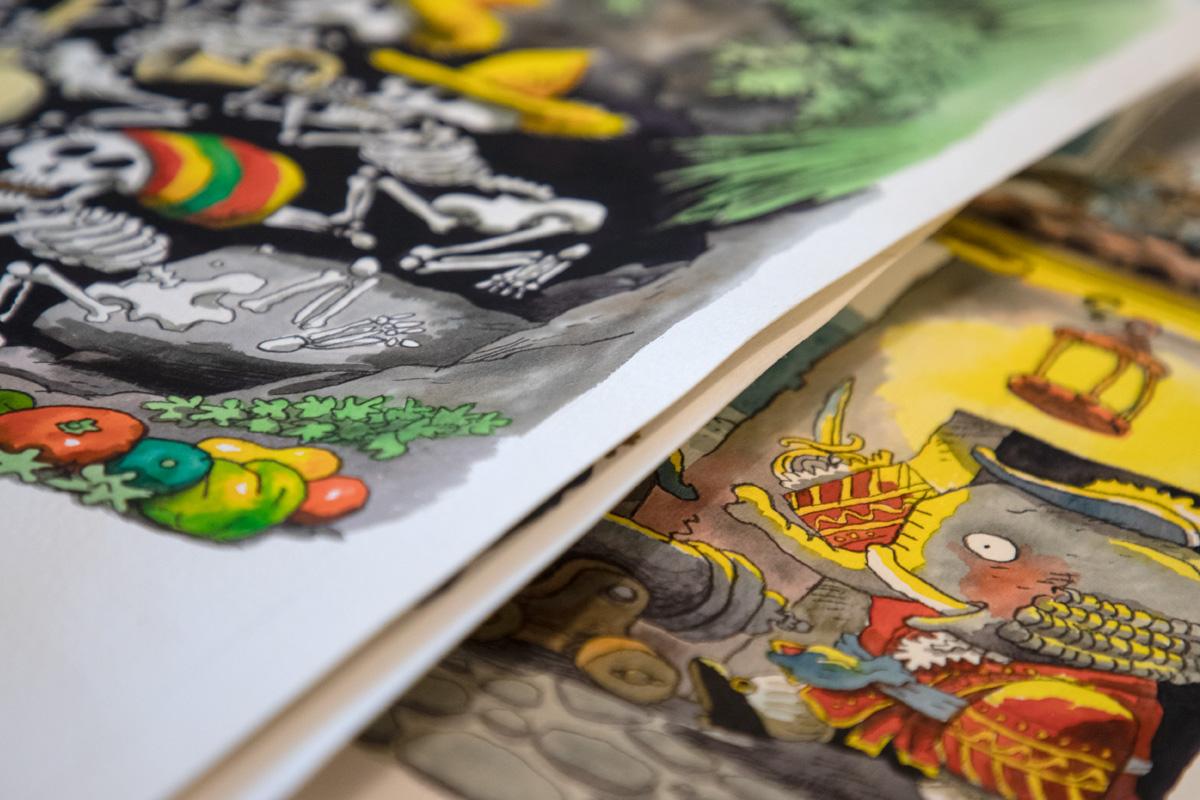 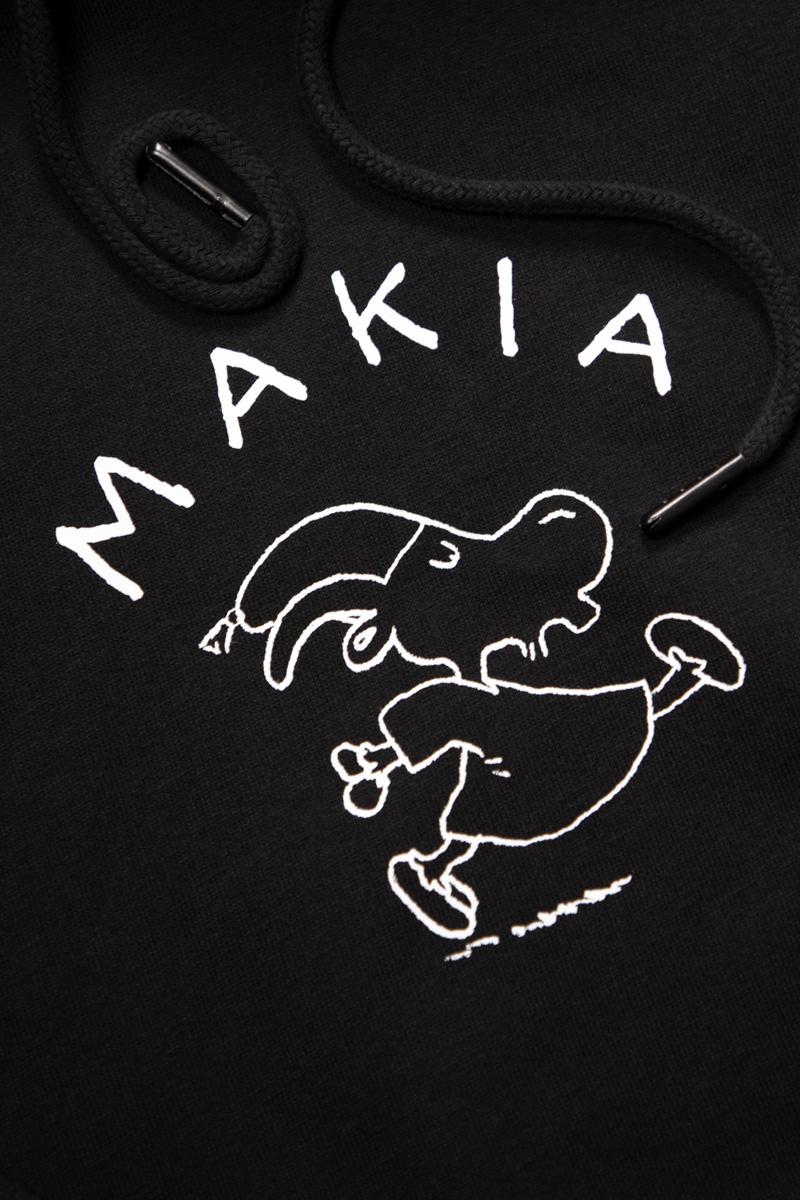 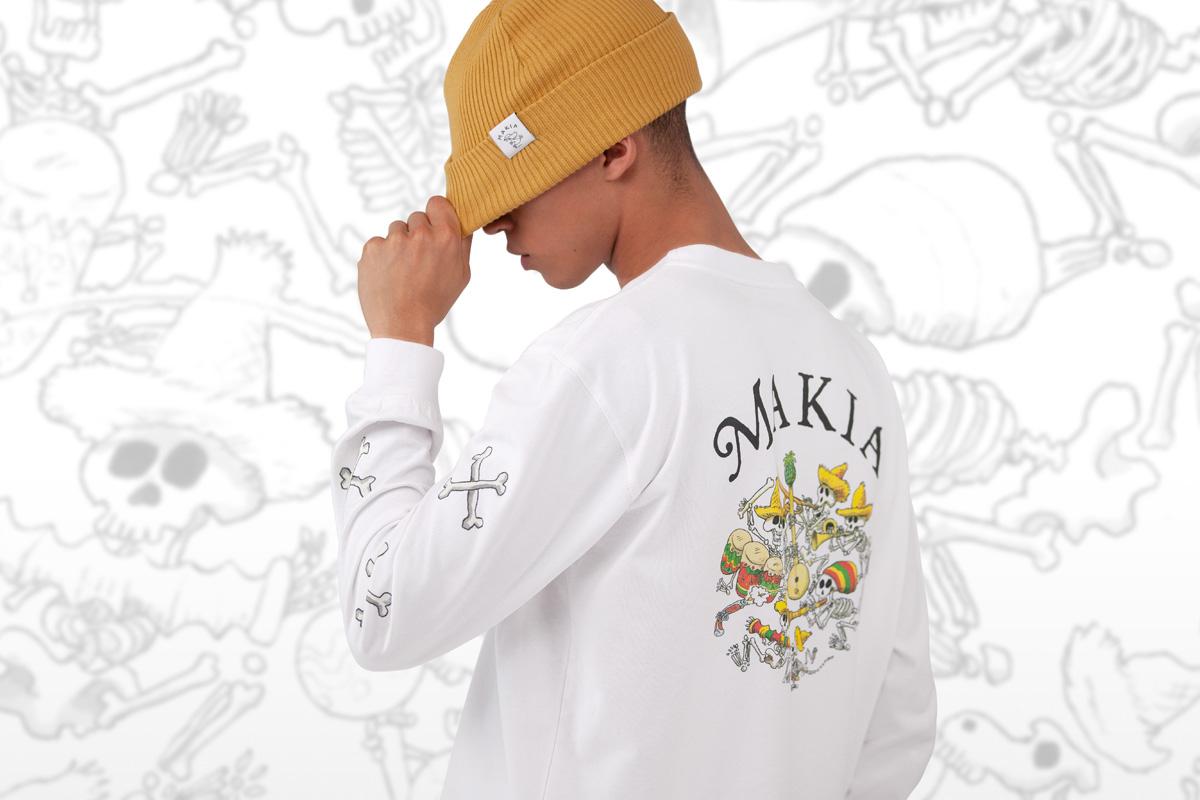 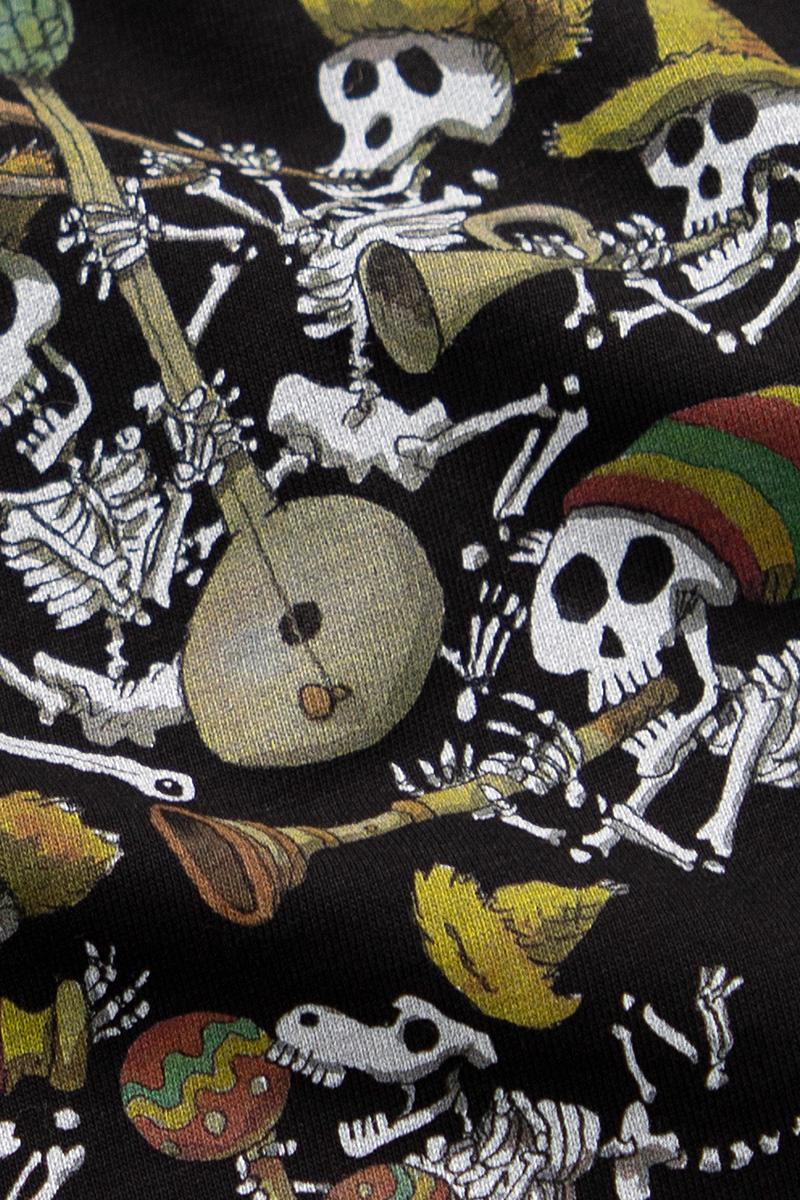 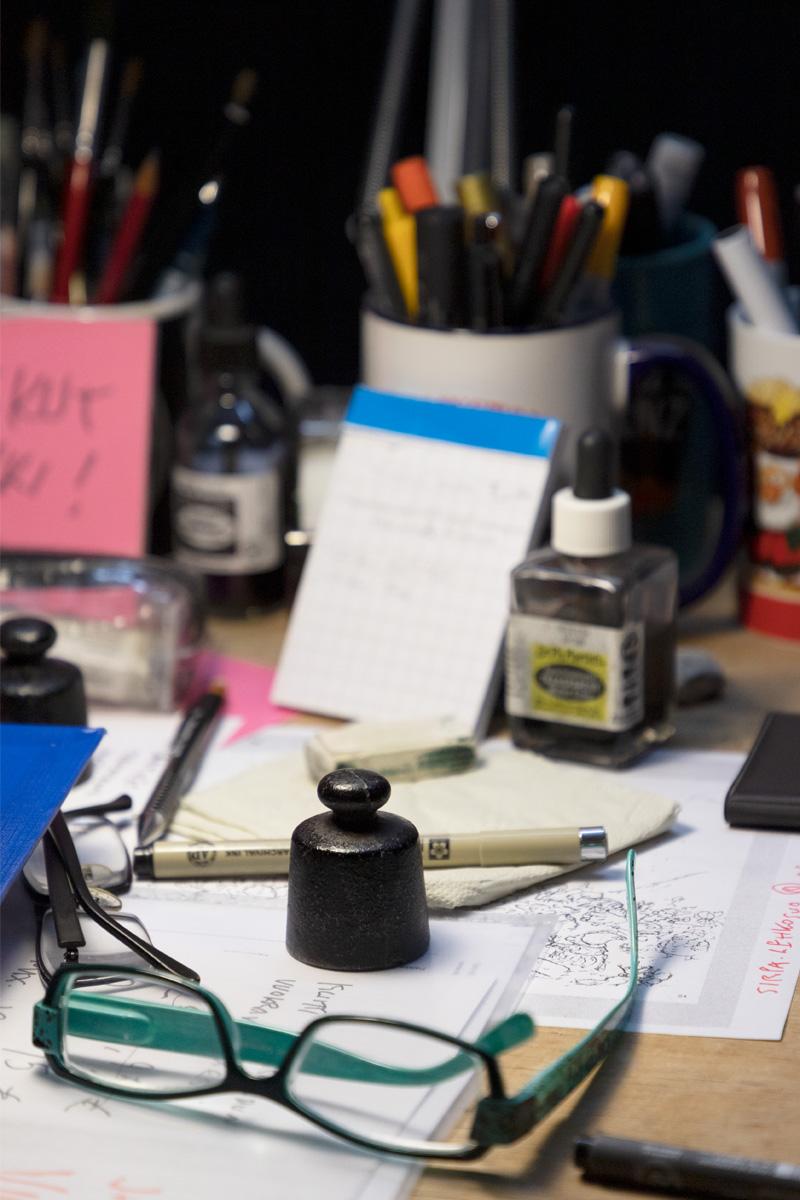 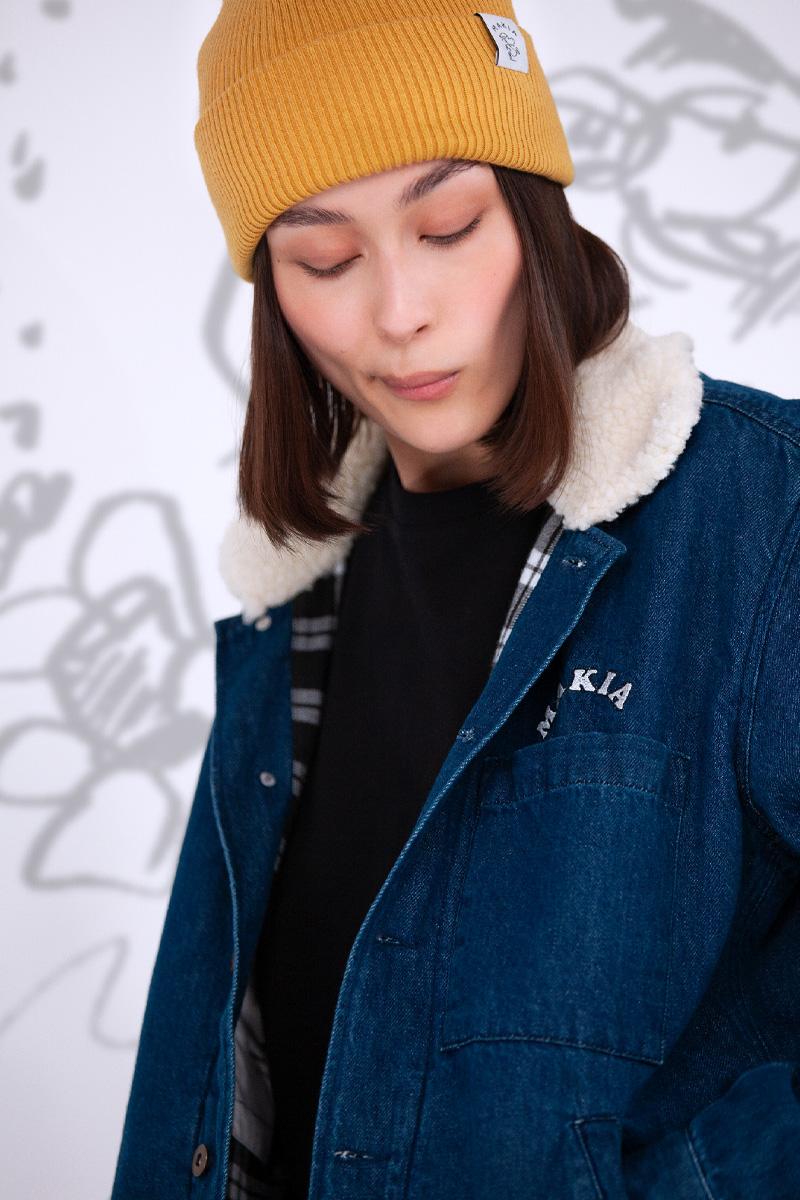 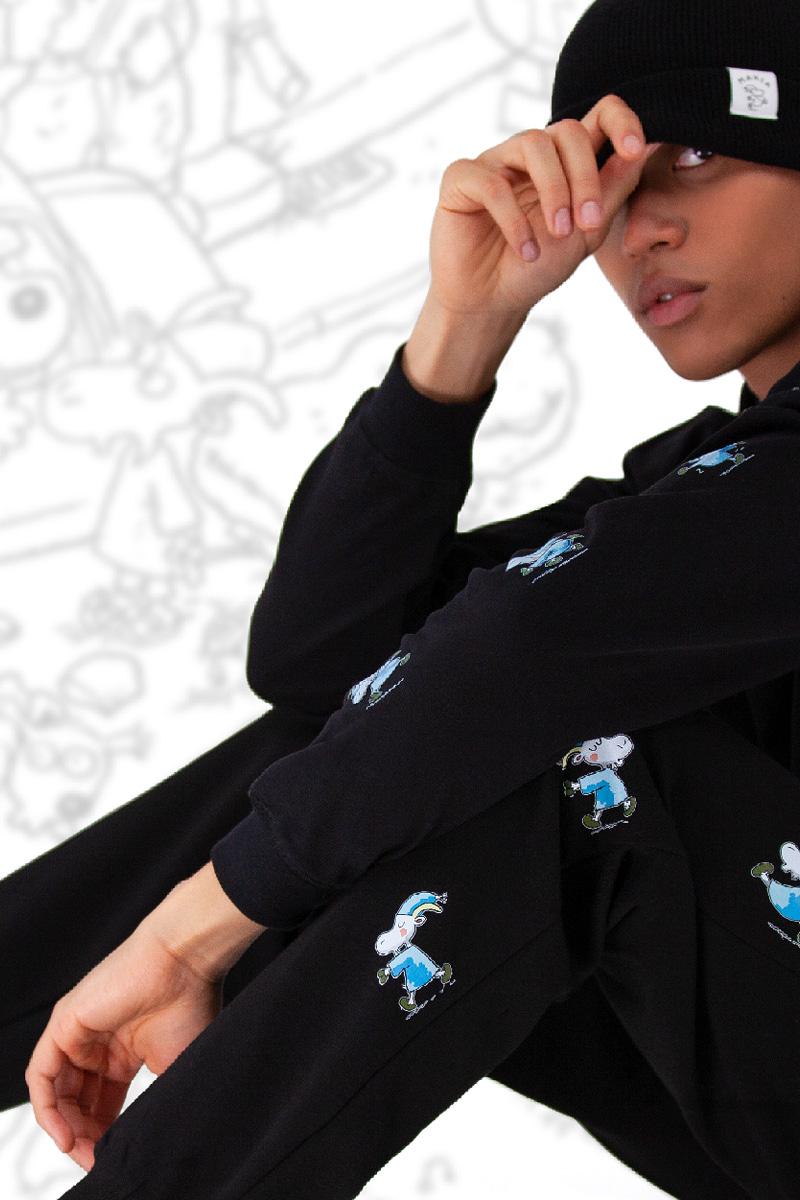 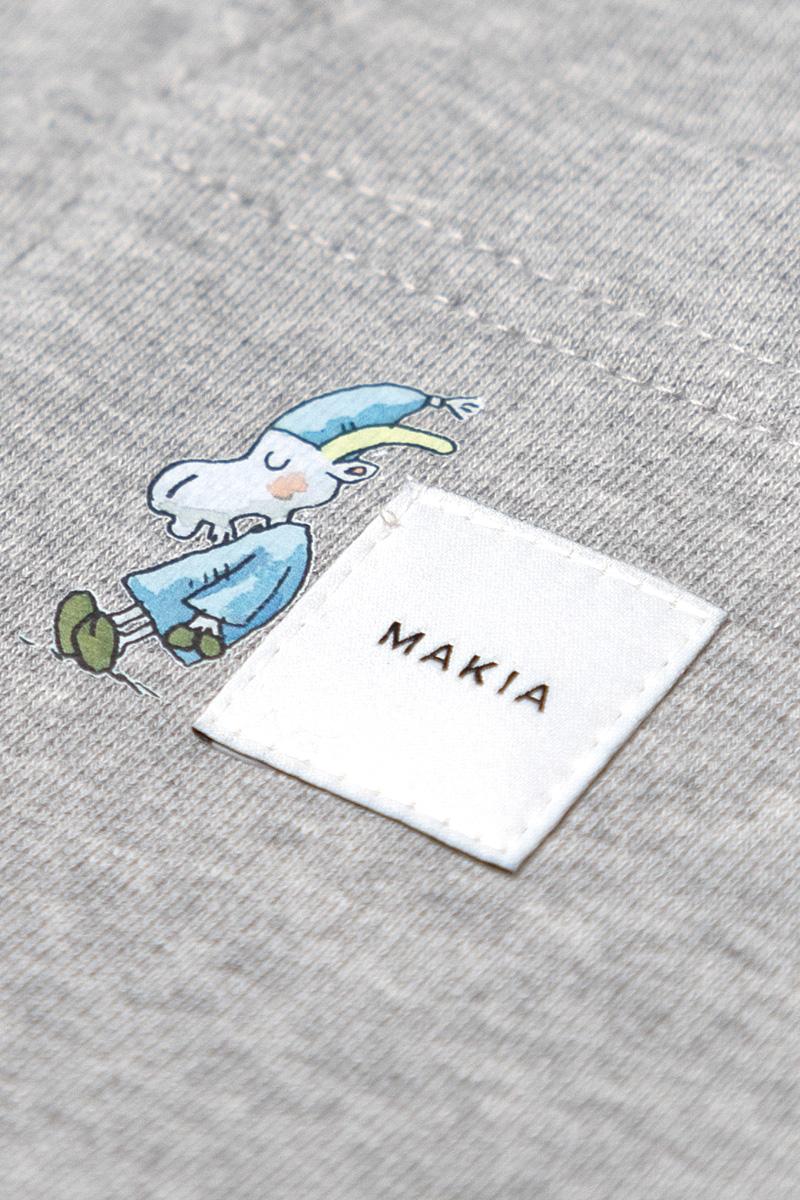 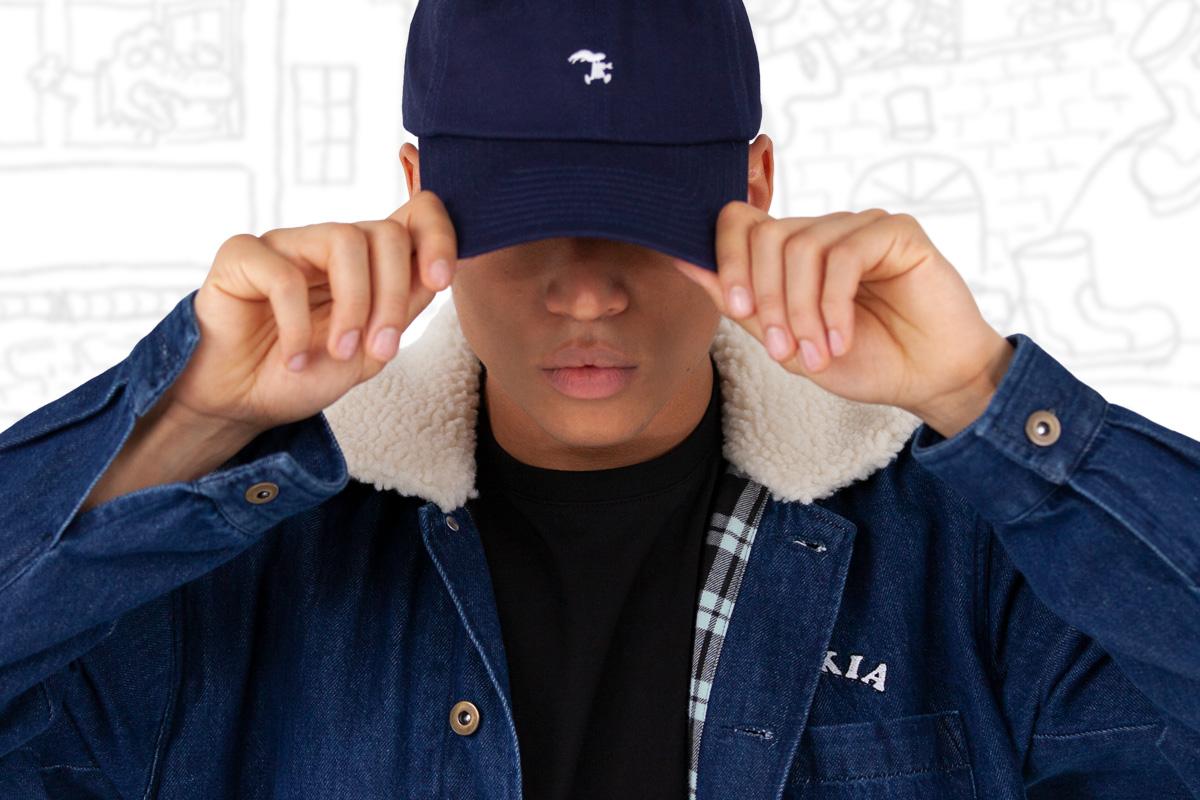