Sacha Remling is a Helsinki streetwear aficionado currently residing in Albuquerque, New Mexico, and working for Makia as a freelance foreign correspondent. Now that our collaboration with We Got Beef is out, it was timely to chat on past, present, and future.

Short history
I’m a middle aged, sober, vegetarian, deadhead, married man with no children. Born in Stockholm, grew up in Helsinki, went to college in London and currently living in Placitas, NM, USA. My brief work history is Psycho Skate, Jump Inn, MoonTV, Radio Helsinki, We Got Beef / Slussen / Bali Hai, Sister Bar and now Holmes Pizza & Arcade. I’ve been involved with a lot of cool stuff, and some less cool stuff too, it’s all good.
Growing up in Helsinki
Influences growing up were mostly related to sound. I listened to Elvis as a child then graduated into more classic rock, then metal, then punk, hip hop and hardcore. I started going to underground metal shows in 1987, mostly Lepakko and youth centers across the city. Going to shows at that age I realized there’s a world outside the mainstream society. I think that single realization shaped me more than anything else. I didn’t really fit in at school so I was relieved to escape into this new exciting world. Me and my friends created our own scene around Psycho Skate, we started bands like Down My Throat and just did our own thing. For better or worse, Helsinki was pretty much a violent party city in the 90’s so we mostly hung out at bars instead of shows, that’s probably why I went into the restaurant industry too. Good times.
Streetwear
Streetwear to me is t-shirts, hoodies, workwear, ball caps and trainers. I’ve been obsessed with most of it since I was a teenager. I was totally obsessed by hardcore t-shirts, Champion reverse weave hoodies and Vans shoes in the 80’s and early 90’s. I remember getting a Youth Of Today shirt in the mail and I just staring at it for hours, it was like it was something out of this world. A lot of that second wave hardcore stuff (shirts, flyers and record covers) was 10-15 years ahead of what anyone else was doing. That’s why it’s still celebrated and imitated today.
I kinda liked “street wear” more when you actually just picked/bought stuff that was widely available and made it your own. Dickies and Doc Martens are great examples. You can look like a kook wearing them or you can make them work with your own style. Streetwear to me means more style, than just fashion that’s dictated to you. Early Beastie Boys had great style that I think later became “street wear”. Heavily influenced by hip hop, skating, NYHC, thrift store clothing and basketball shoes. I’m not opposed to how things are now but I sometimes don’t recognize the spirit anymore. I still hunt thrift stores, eBay, Depop and buy old band shirts. I’m always looking for the next thing and inspiration. Last couple of years the coolest stuff has definitely been influenced greatly by the lot culture from Grateful Dead shows.
Punavuori hoods
For me it’s the foundation. I moved there in 1991. Me and my mom lived on Iso Roba 33. For me it will always be the coolest part of town. It was dirt cheap and the perfect mix of Eira and Kallio. I loved how it was this old inner city ghetto and how a lot of the businesses and bars were kind of rough. It’s where I worked at Jump Inn, MoonTV and Radio Helsinki. It’s where we started We Got Beef, Slussen and Bali Hai. It’s where we started our hockey club EHK. I hung out there 24/7 for 20 years and lived on Uudenmaankatu for over 10 years and I loved it. Sometimes in my dreams I’m still a kid working at Psycho Skate and going out for drinks in Punavuori and getting into trouble.

Legendary Helsinki bars: Jump Inn & WGB
Jump Inn used to be this hole in the wall bar on Kasarmikatu. I got to know the owners OG Ivan and OG Douglas when I was still working at Psycho Skate. They talked about opening up a larger bar on Freda but they didn’t really know what direction to go with it, as far as decoration, vibe and music. At that time the Psycho Skate locals and other crews of skaters would take over bars in the city on weekends. A lot of times there would be fights and we would be banned because we were so out of control. I realized that this new Jump Inn could be a playground and a safe haven for us. I told Ivan and Douglas that I have an idea and that I could help them get established if they let me call the shots and work there. I got Tolin to do the interior and we got a bunch of sick DJ’s to host nights. I also hired hardcore kids to do security at the door. From there it kind of snowballed and became the first skater bar in town. It was a great time.
In 1997 I moved to London and they kept going without me. In 2001 Jump Inn moved around the corner to Iso Roba, and in 2003 they had run into some issues, and Antti, Kössi and me ended up buying it. We Got Beef was the coolest thing ever. It built and expanded on that already existing clientele and community. For a long time I think it was one of the best bars in the world. And I can say that because the staff and the clientele made it that way. It’s nothing to do with me. I’ve bumped into people all over the world who have been there, and it left a lasting impression on them. It ended on a sour note but I’m still extremely happy and proud of what we did there for almost 15 years.
New life in Albuquerque, New Mexico
Me and my wife loved travelling in the US. We loved it so much that we started toying around with the notion of moving here. My wife Valpuri Remling is a master lithography printer. She did some of her studies in Albuquerque and got offered a cool position at her alma mater, Tamarind Institute. I had never been here before, but we jumped on it and left everything behind in 3 months. Kind of a rash decision but sometimes you have to shake it up a bit.
We have been here for 5 years now. Since we moved out of ABQ to a small village 25 miles north called Placitas, I have really fallen in love with New Mexico. First years here were kinda rough and I had a hard time finding my bearings. Albuquerque is 100% the polar opposite of life in Helsinki. Hot as fuck, dirt poor, highly elevated and just weird. First year was pretty heavy for me, didn’t have a work permit and was kinda freaking out. Then it slowly started turning around. I got a job in construction which was pretty cool, learned how to tile and got a taste of the working man’s life. I always tell people who move to new cities/countries to get a job at a bar, that’s the best way to get friends and get ahead. Typical for me it took me two years to follow my own advice. I got a job as a bouncer at the coolest bar/venue in town, Sister Bar. I worked there for a couple of years and also at a cool brewery. Slowly I started to understand the vibe better and to enjoy it.
Now I’m in the process of opening up a pizzeria/bar/arcade called “Holmes” with people I met at Sister, so I’m pretty stoked about that. We bought a beautiful house up in the mountains and honestly I could probably spend the rest of my life here happily. Pace of life is slow, animals all around and breathtaking views. Life is so beautiful here, some days I think I’m in a dream.
WGB merchandise
The WGB merch is something I have been making since around 2004. When we moved here I just took it to the next level. My wife kindly taught me how to screen print and I just kinda ran with it. A couple of years ago I also started tie dyeing and that is easily my favorite thing to do right now. The clothes are pretty much a celebration of the bar, life in Helsinki, the clients and the great times we had there. I was kind of blown away when I realized how many people were hitting me up for them. A lot of the younger customers have never even been to the bar! It clearly resonates to a much wider audience than I first thought. I’m pretty picky about the stuff that I do. I don’t want to put out anything that I’m not 100 with. That’s why I’m extra humbled and flattered when people pick up on it and want to support me. My plan is to do as much as I can with it. I want to work with as many companies and individuals as I can. For me it’s truly a labor of love.
Last word
I love you. Please consider a vegan/vegetarian diet. Please consider living alcohol and drug free. Please go easy on yourself. Please always strive to be kind. It’s tough, but it’s rewarding. These aren’t optional. Listen to the Grateful Dead every day. Brush your teeth. 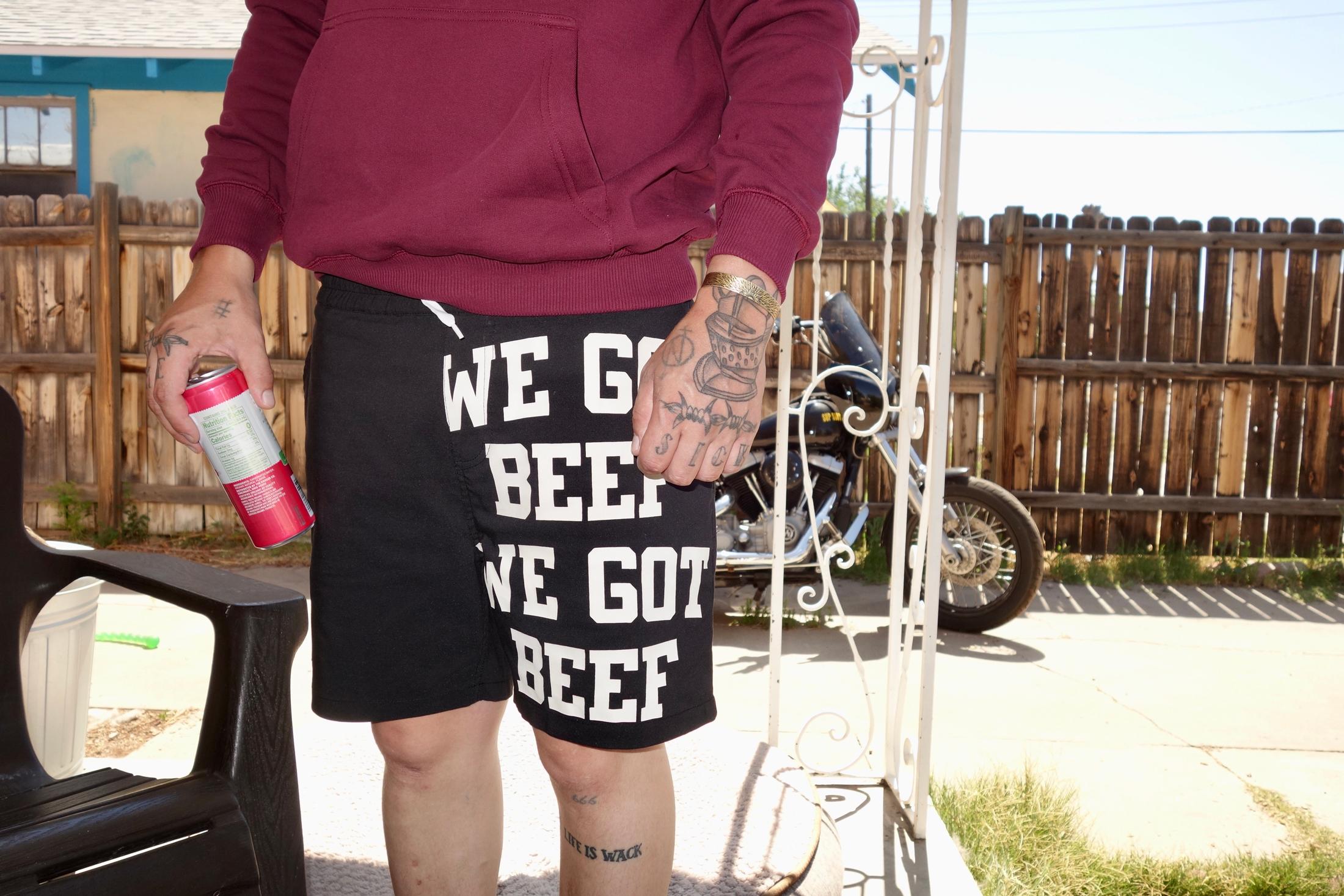 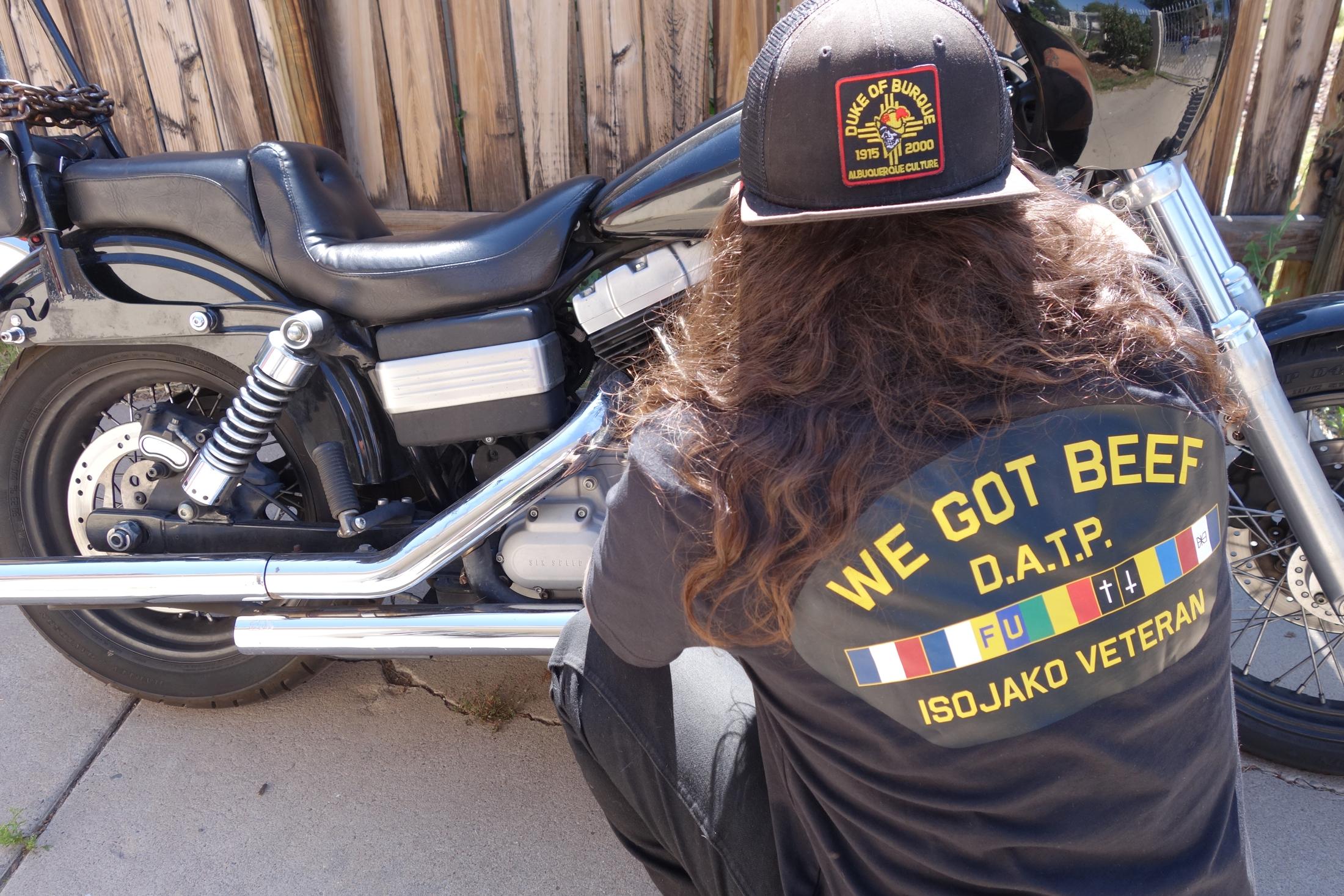 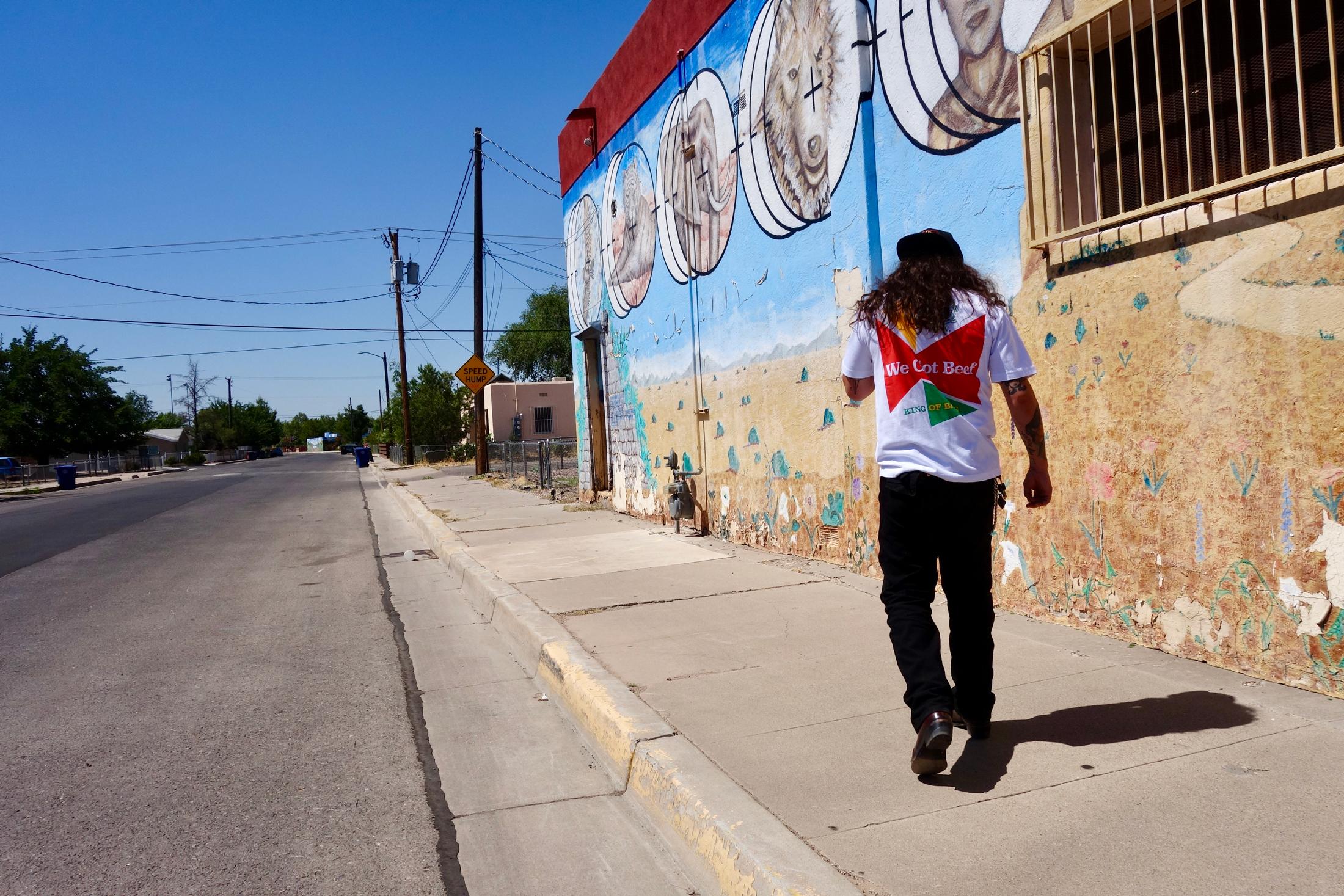 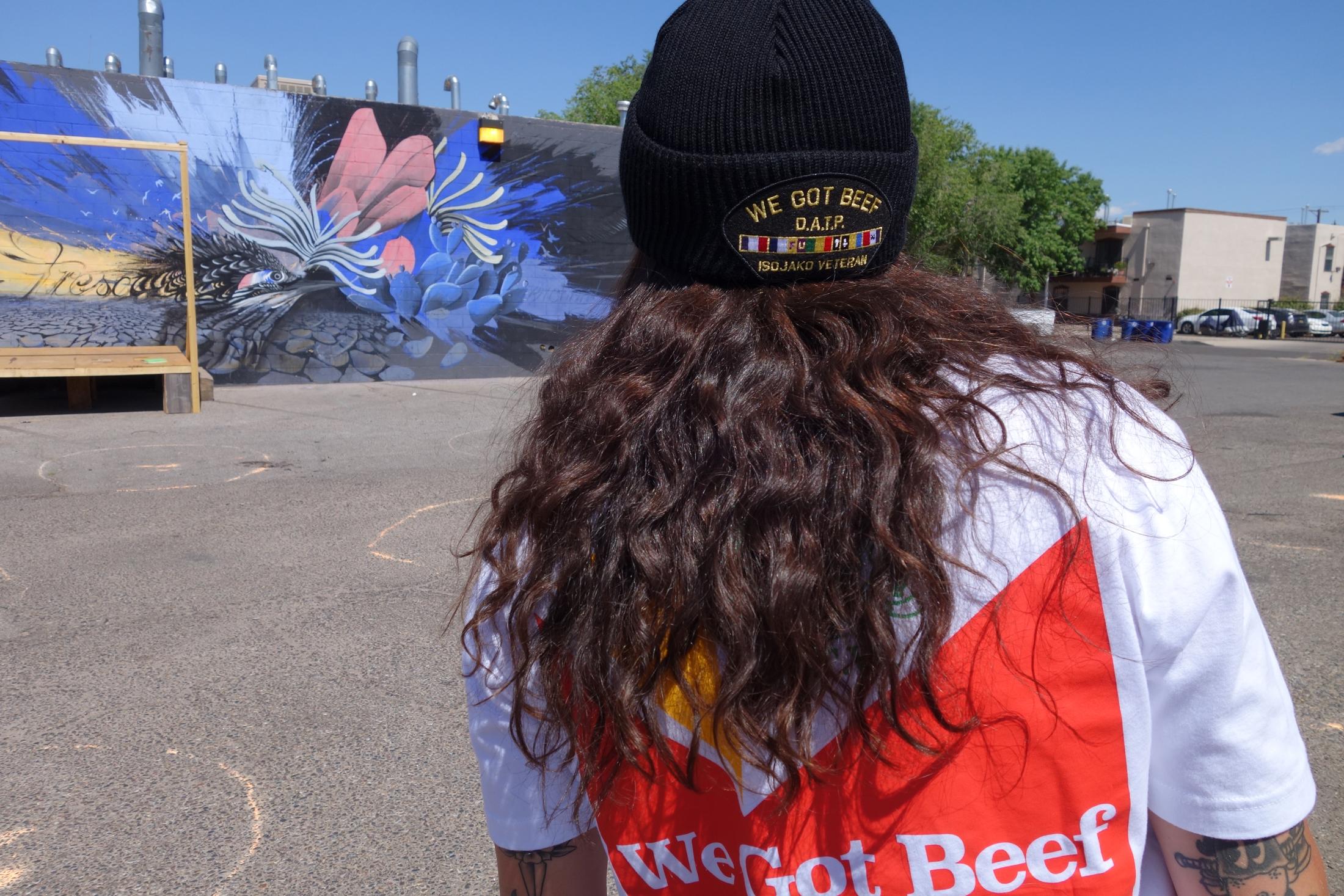 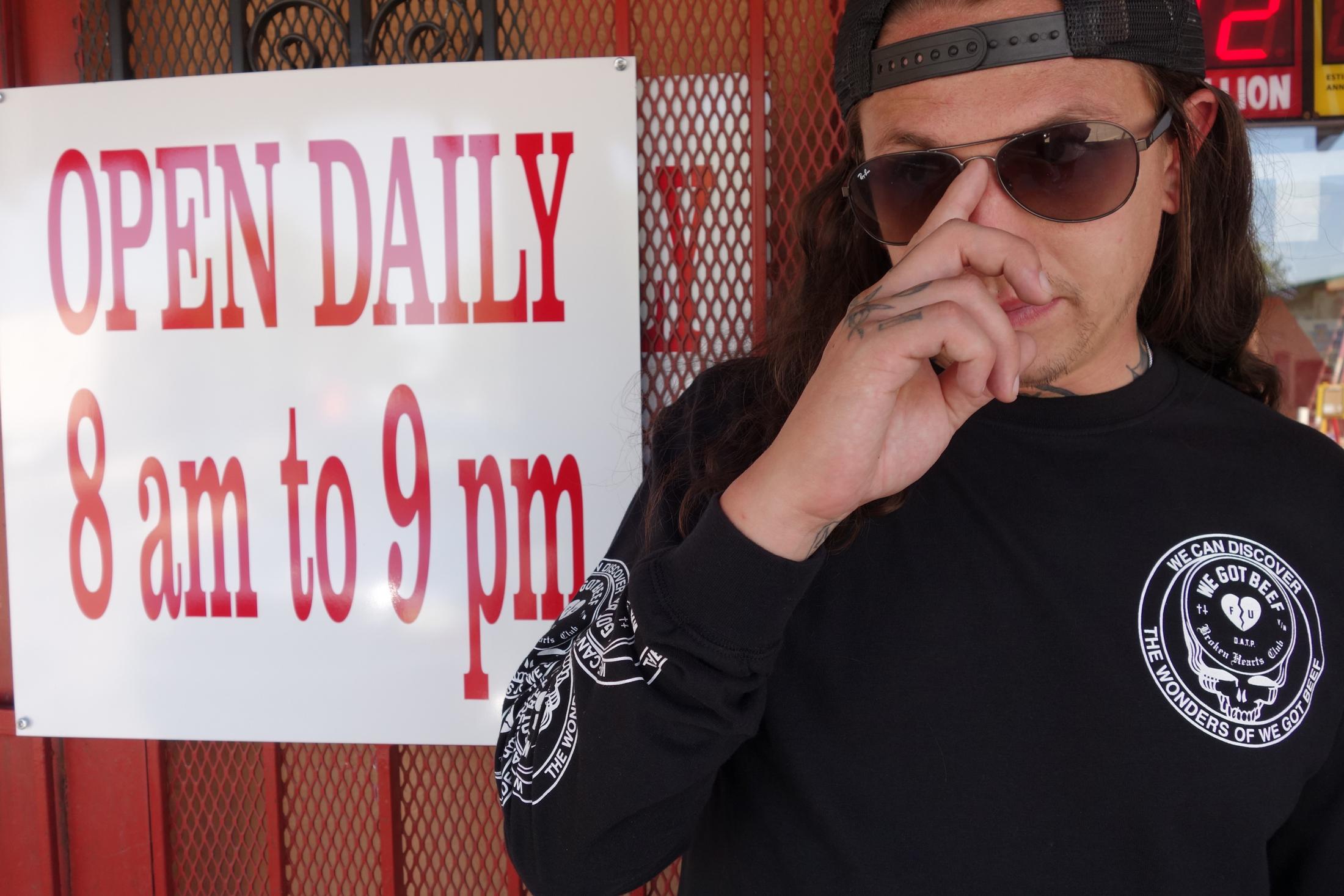 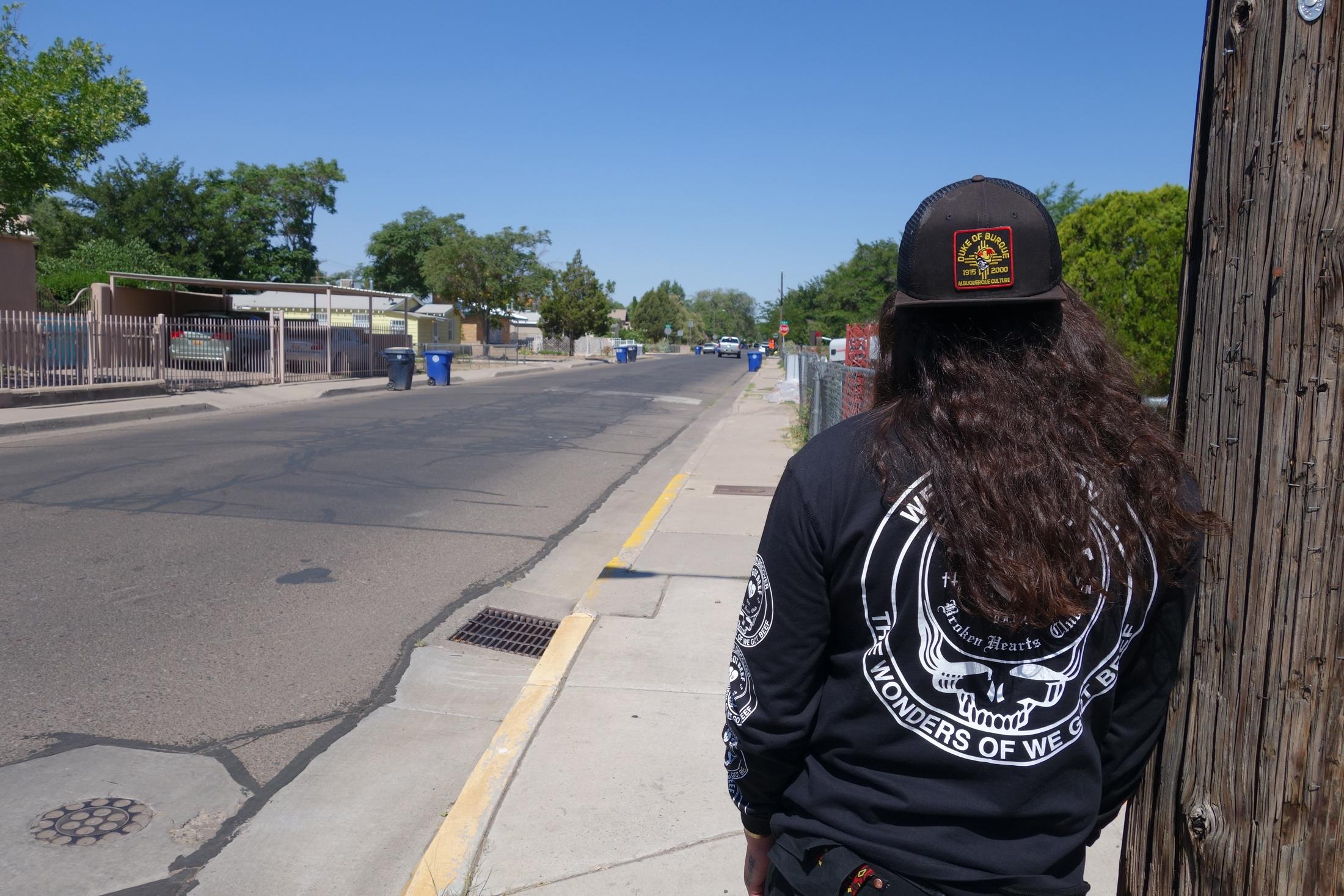 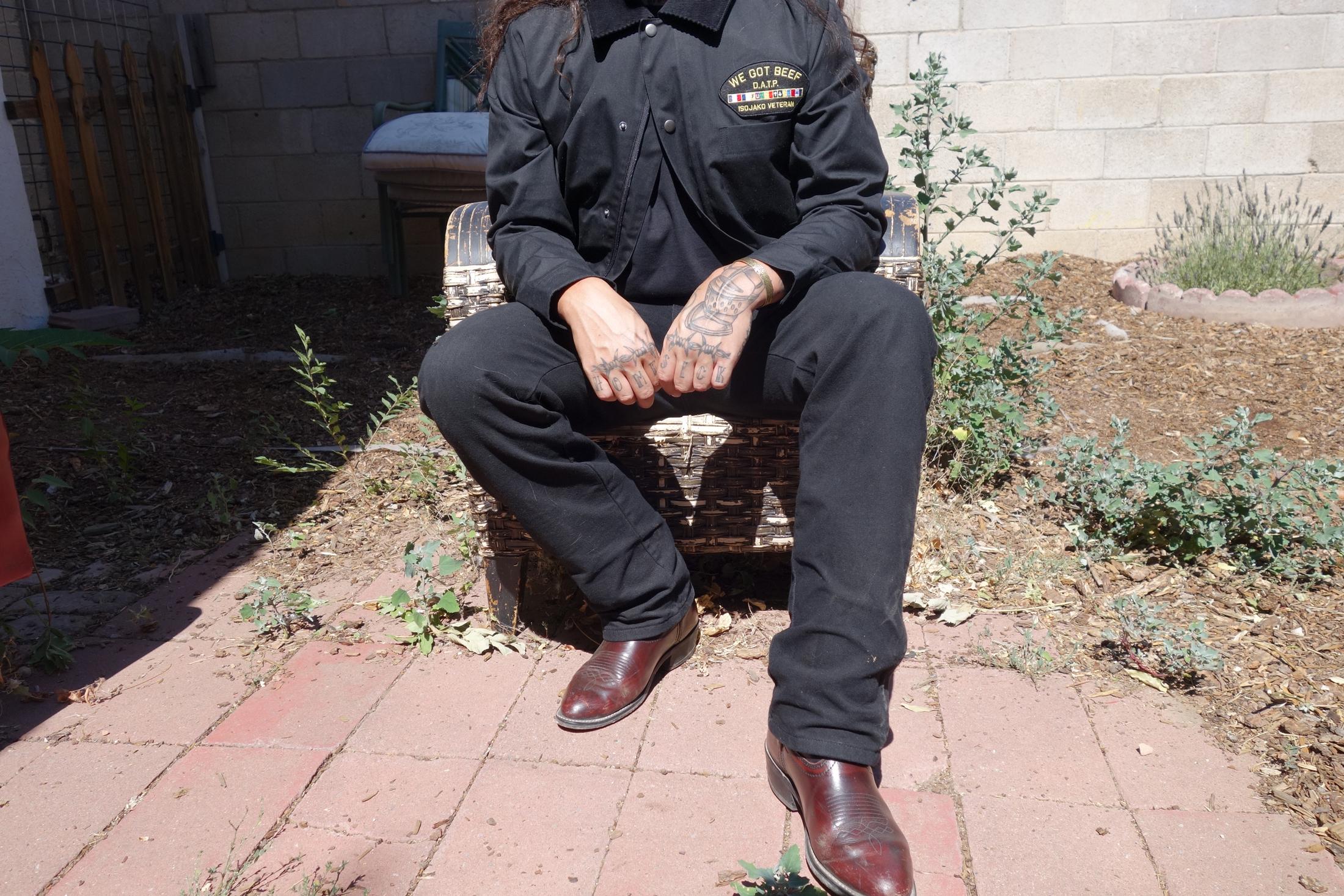 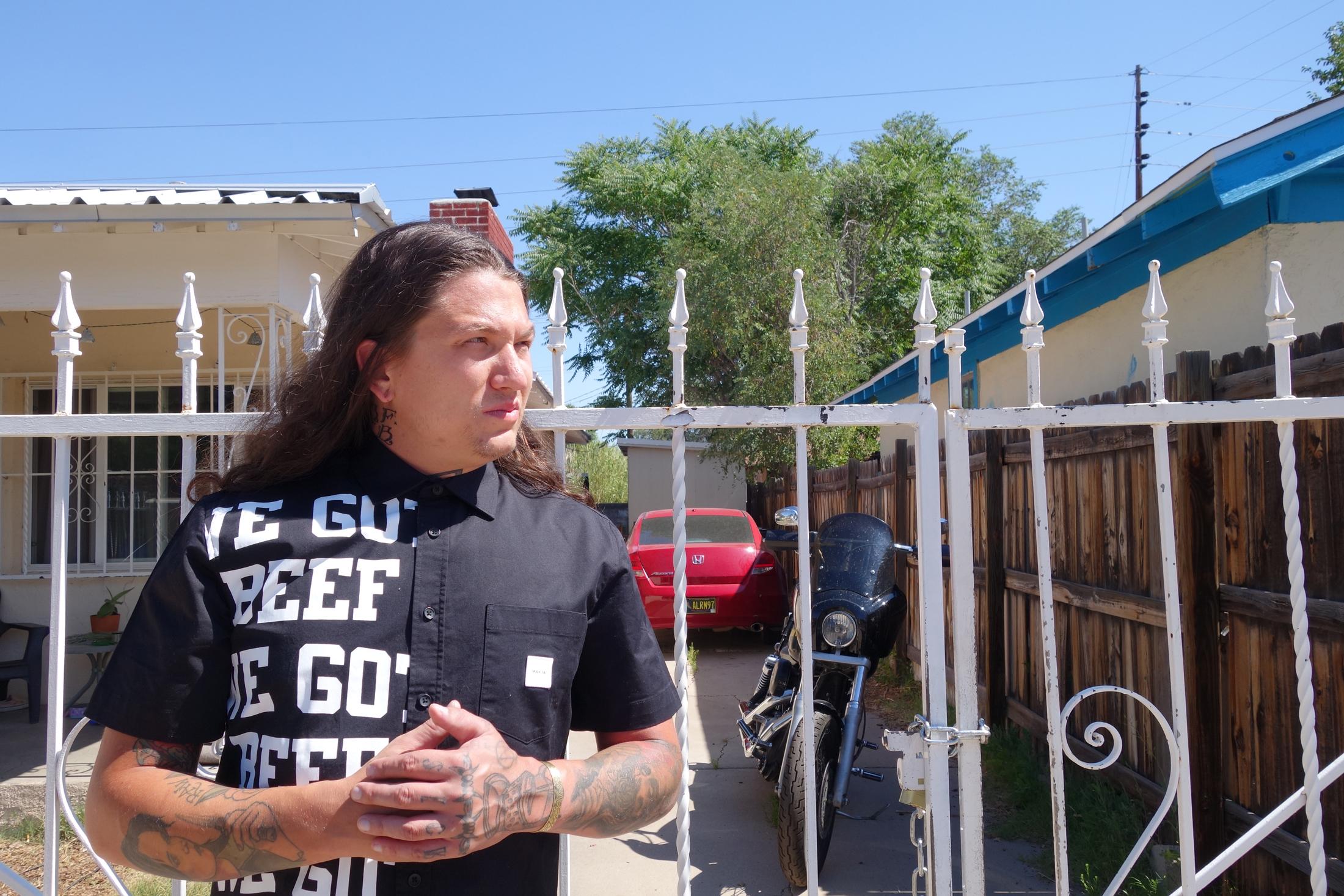