The Ateneum is Finland’s best-known art museum and the home of Finnish art. Makia is proud to have Ateneum prepare a very special exhibition into their Fokus Gallery. It displays the artwork behind our MAKIA X Von Wright collaboration.

The images held by the Ateneum are ingrained in the collective memory of the Finnish people: the beloved works in Ateneum’s collections date from the period from the 19th century to the modern age. Their hugely popular exhibitions of Finnish and international art open up new perspectives into the past and the future. The guest stars of Ateneum’s temporary exhibitions have included names such as Tove Jansson, Carl Larsson, Pablo Picasso and Helene Schjerfbeck.
The collections of the Finnish Art Society, which was founded in 1846, form the basis for the Ateneum operations. Today, these collections are part of our national heritage. The Ateneum has operated from its own building since 1888. Over the years, the building has seen celebrities from the past and present: up until the 1980s, the building housed an industrial arts school (currently the Aalto University School of Arts, Design and Architecture) and the Drawing School of the Finnish Art Society (currently the Academy of Fine Arts, the University of the Arts Helsinki).

The Ateneum building celebrated its inauguration on 18 November 1887. The new art forum was a momentous achievement for the Finnish cultural establishment, albeit that its inception was the subject of heated controversy and debate.
The building was dubbed among its contemporaries as a “Palace of a million marks”.

Makia is proud to have Ateneum prepare a very special exhibition into their Fokus Gallery. It displays the artwork behind our MAKIA X Von Wright collaboration along with sketches that capture the process of designing clothes, and skateboards by Seven Inch Skateboards. Open 2.6.2020 – 30.8.2020
“The theme of the Ateneum’s summer season 2020 is ‘inspiration’. Art classics have, through the ages, served as sources of inspiration for artists and designers. The exhibition staged in the Fokus gallery looks at works by the von Wright brothers that have inspired, for example, craft enthusiasts and street fashion designers. The exhibition Inspiration – Contemporary Art & Classics, which is on show from 18 June to 20 September 2020, focuses on the same theme.
The Fokus exhibition gallery presents concise displays, with selected artists or themes from the Ateneum collection.
Artist brothers Magnus (1805–1868), Wilhelm (1810–1887) and Ferdinand (1822–1906) von Wright liked to depict birds, fish, plants and landscapes in their artworks, based on meticulous natural observation. The familiar and vivid motifs make their works easily accessible.
Ferdinand von Wright’s The Fighting Capercaillies (1886) is the most reproduced artwork in Finland even to this day. It has spread to Finnish homes in countless oil paintings, embroideries and wall hangings, and it has also appeared on stamps and Arabia year plates. The painting is immediately recognised by most Finns, and over the decades it has served as inspiration for many artists.
The von Wright brothers’ works on natural motifs have also inspired contemporary street fashion design. Their highly detailed motifs, rendered with scientific accuracy, have been used on skateboards, or as silk screen patterns on printed fabrics.
The exhibition features 19 works and a number of sketchbooks by the von Wright brothers. Other features include Makia Clothing sketches that capture the process of designing clothes, and skateboards by Seven Inch Skateboards. The Fighting Capercaillies is on display as part of the Stories of Finnish Art exhibition in the Classics gallery.” 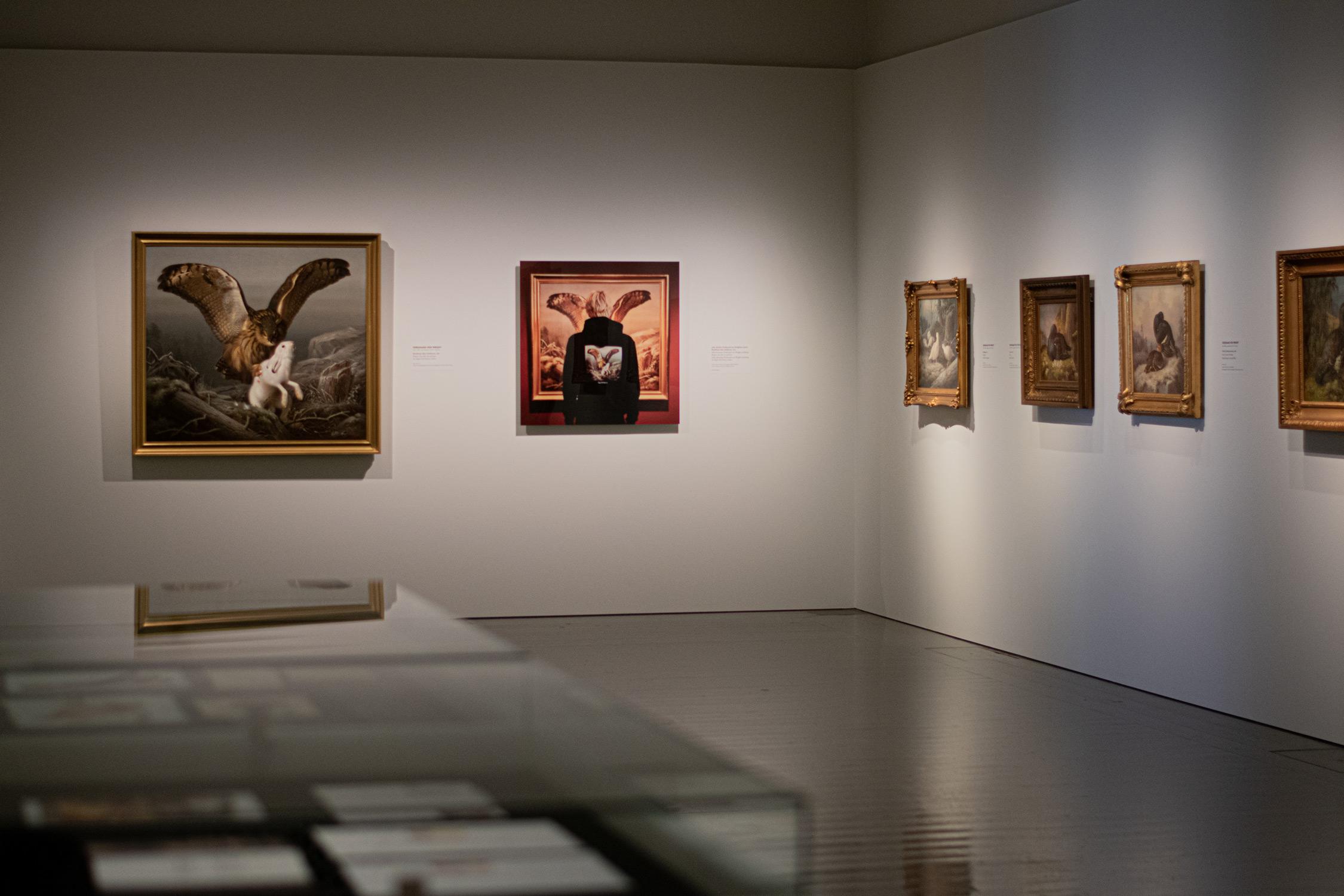 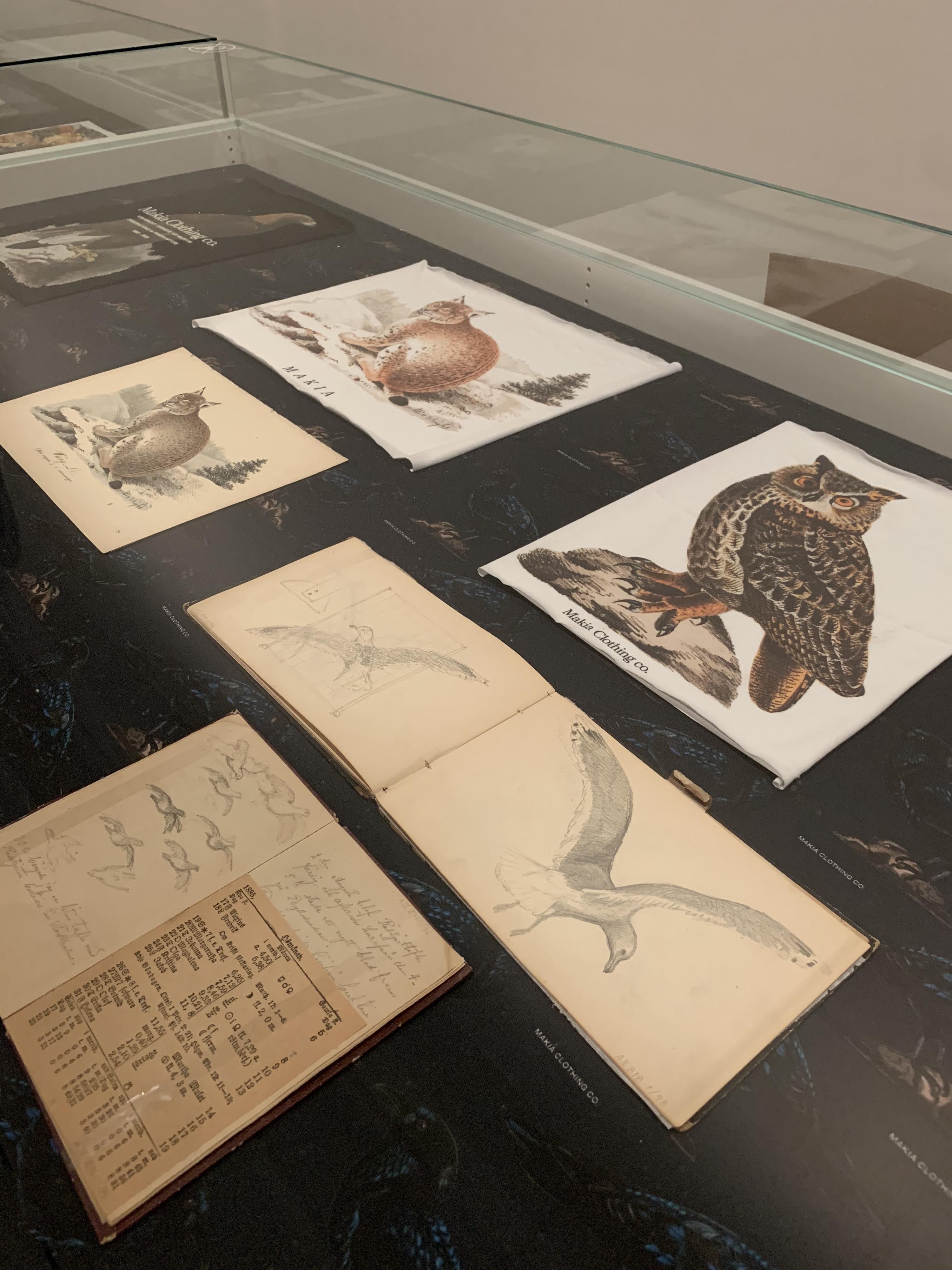 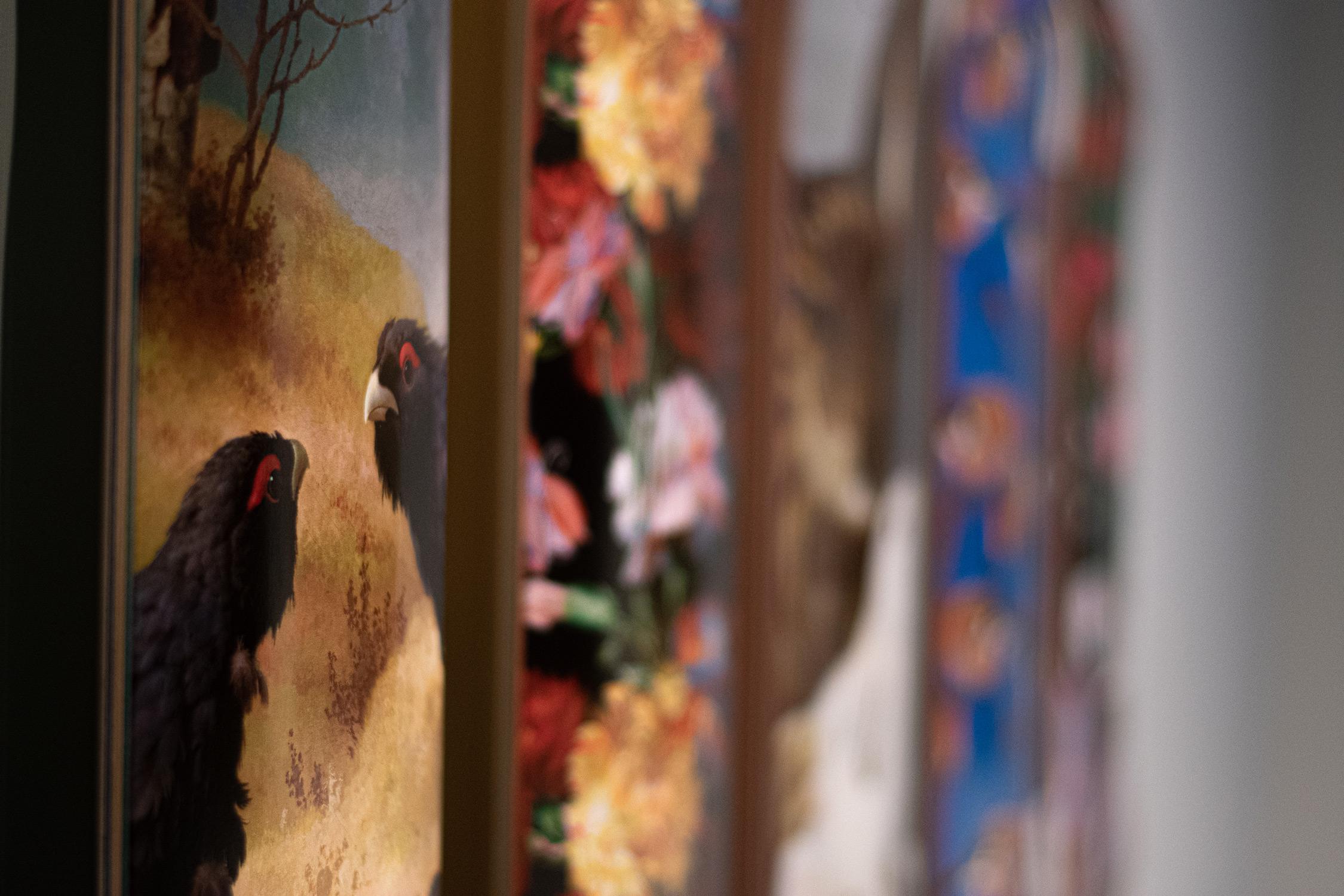 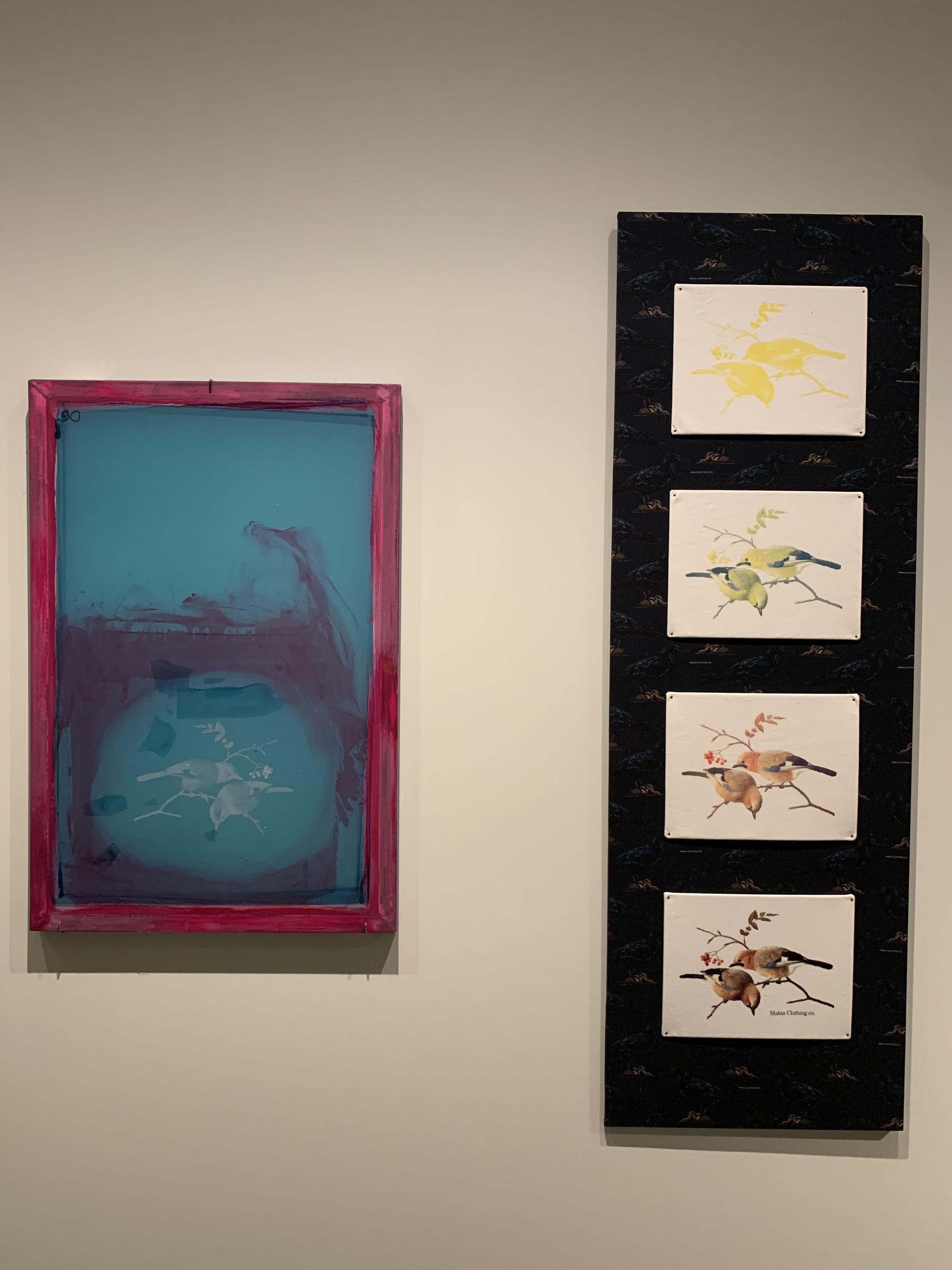 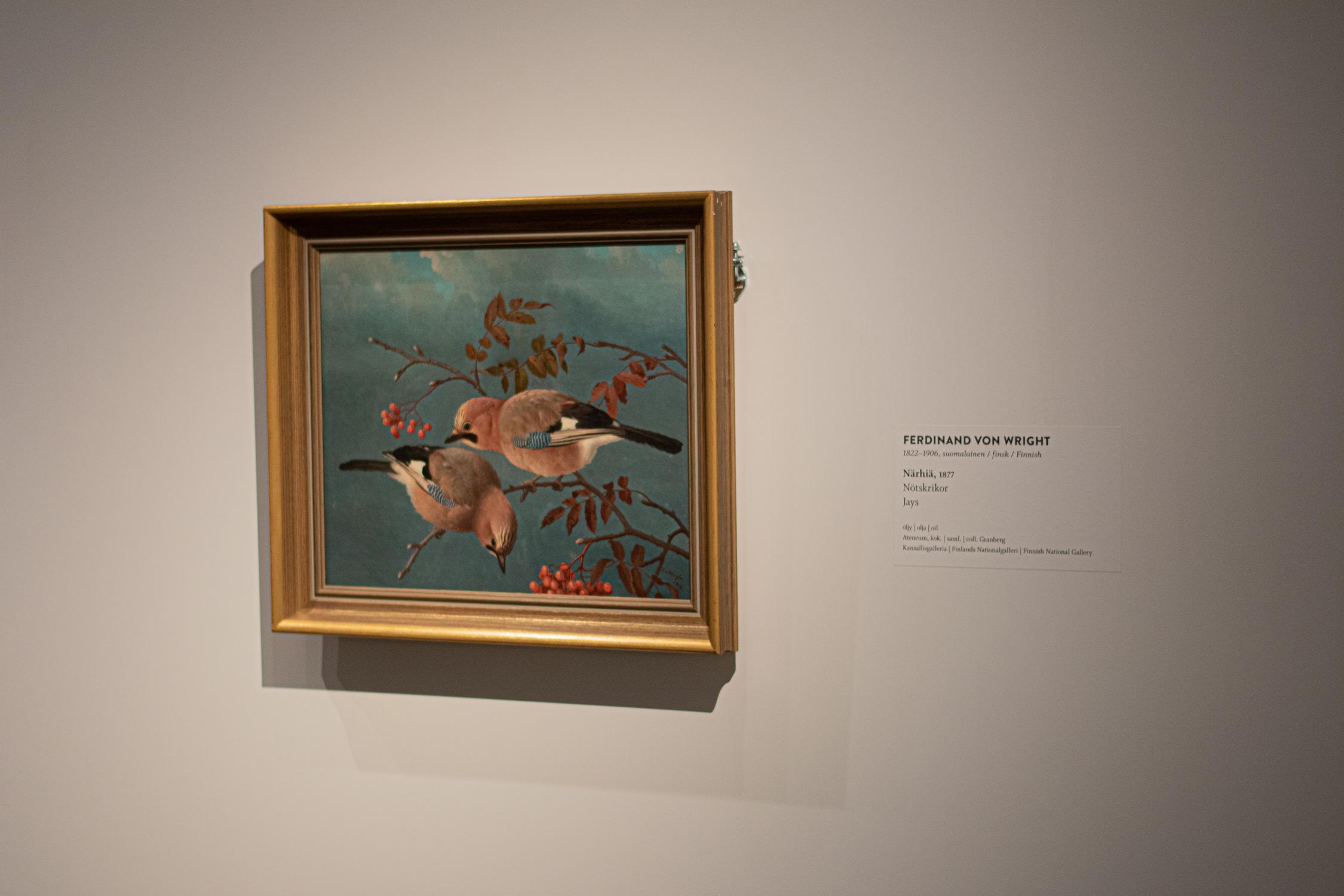 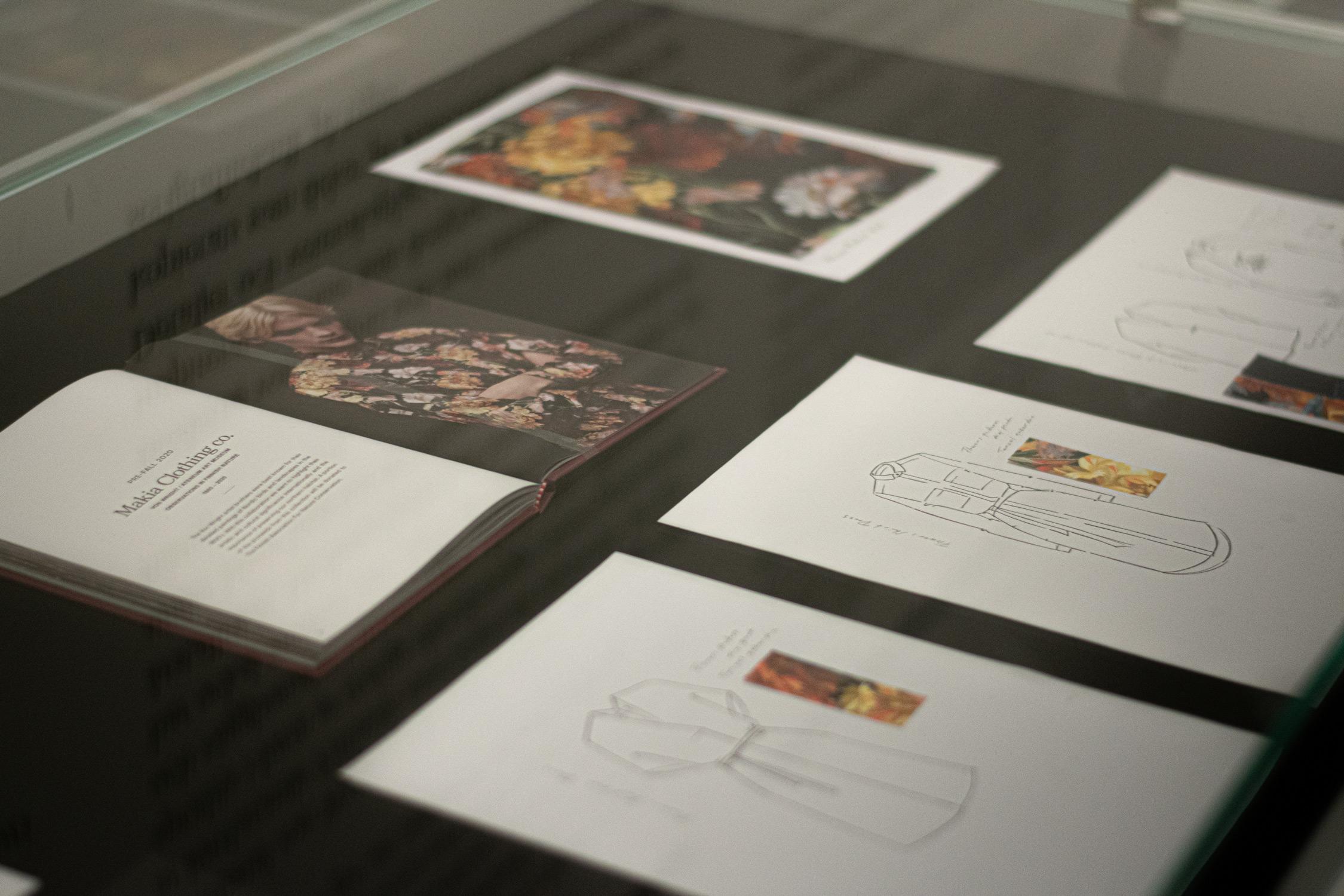 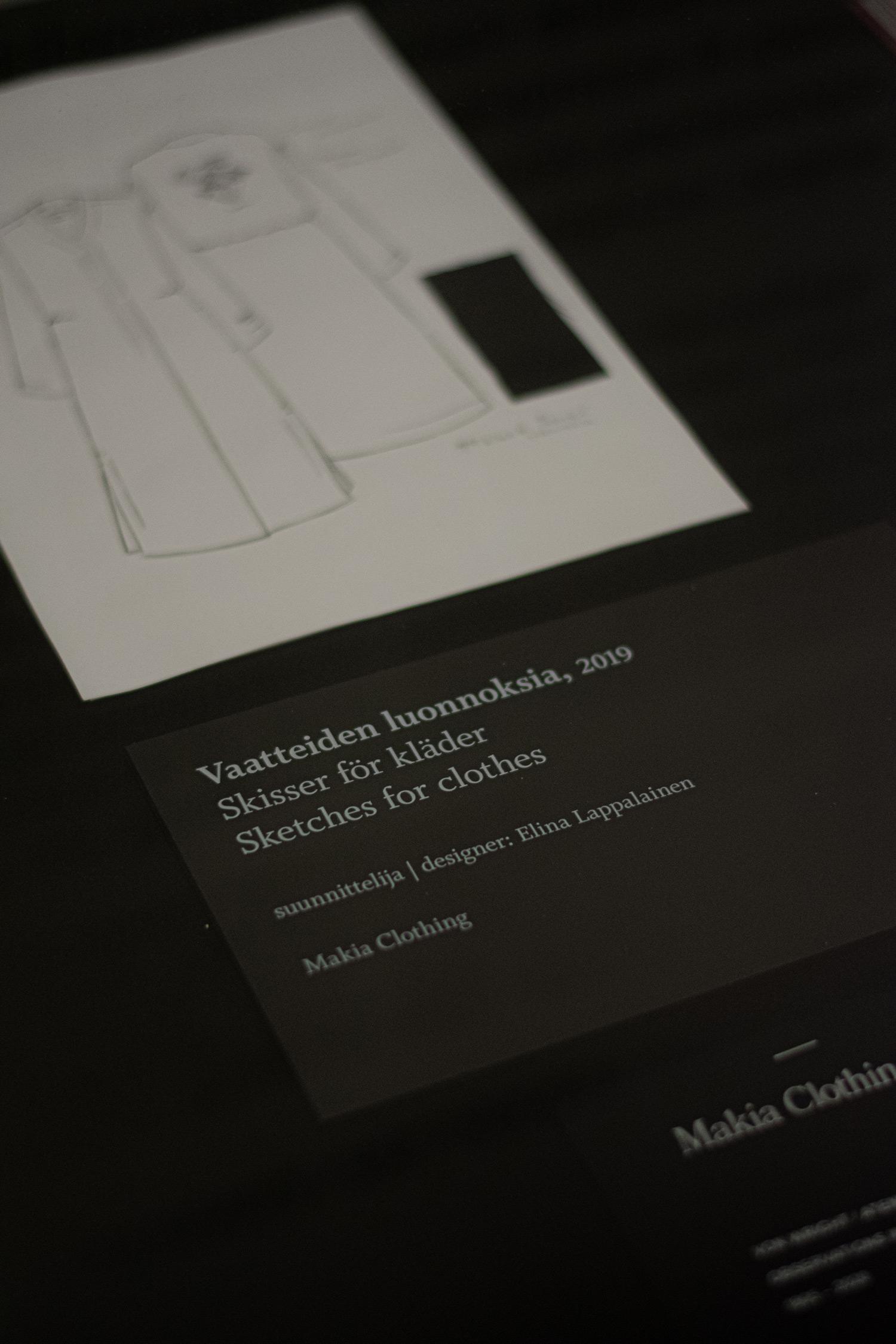 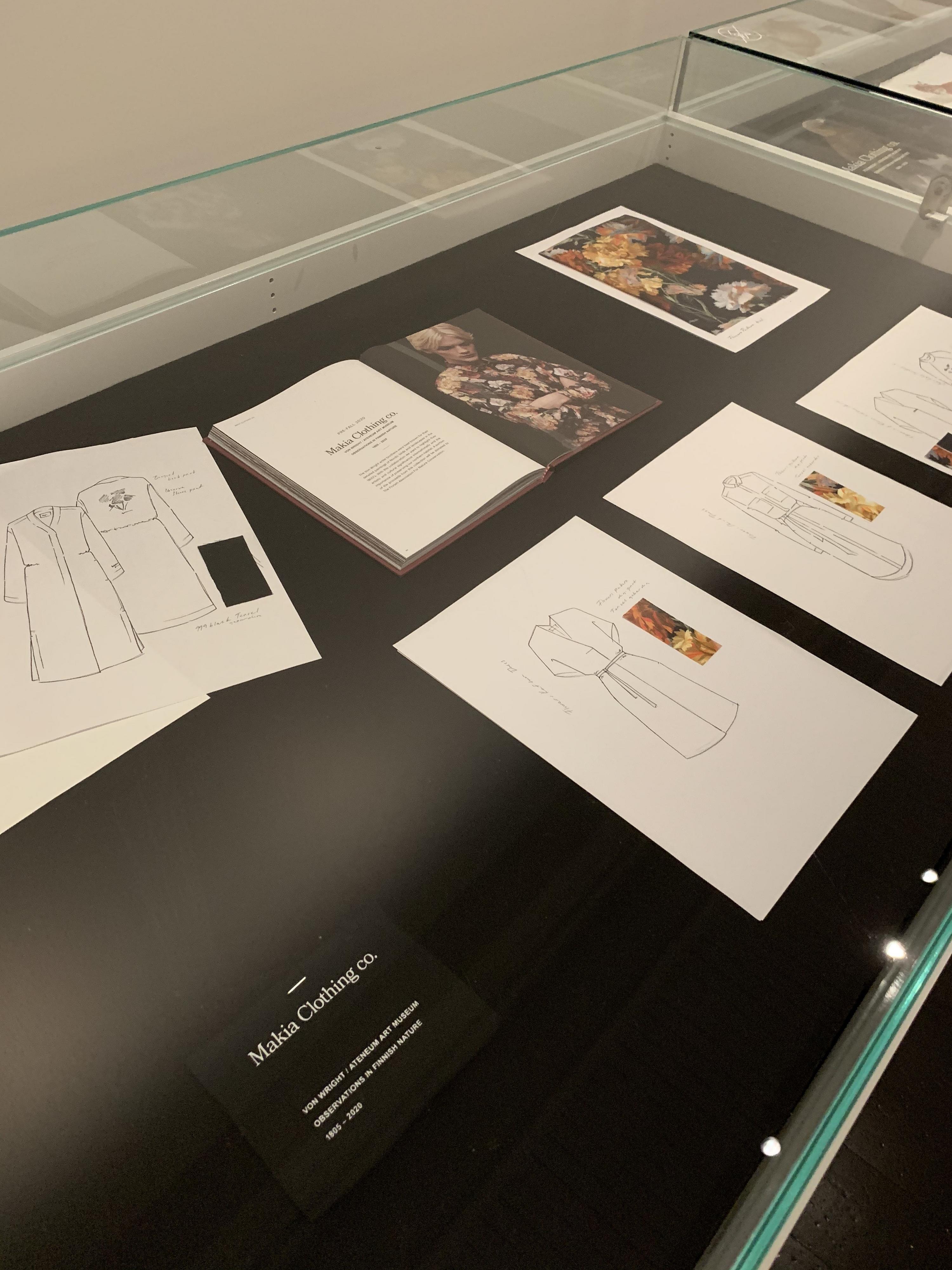 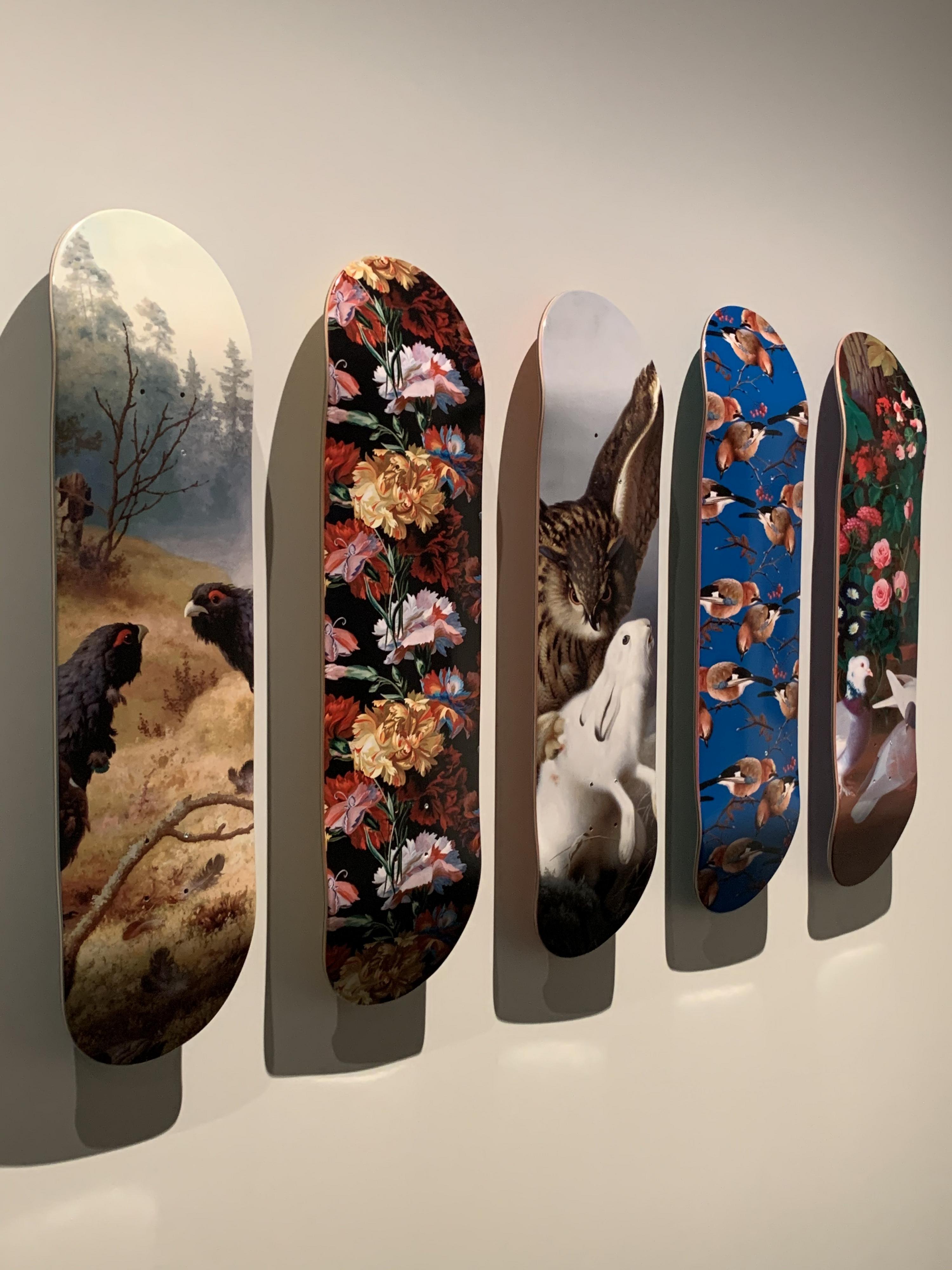 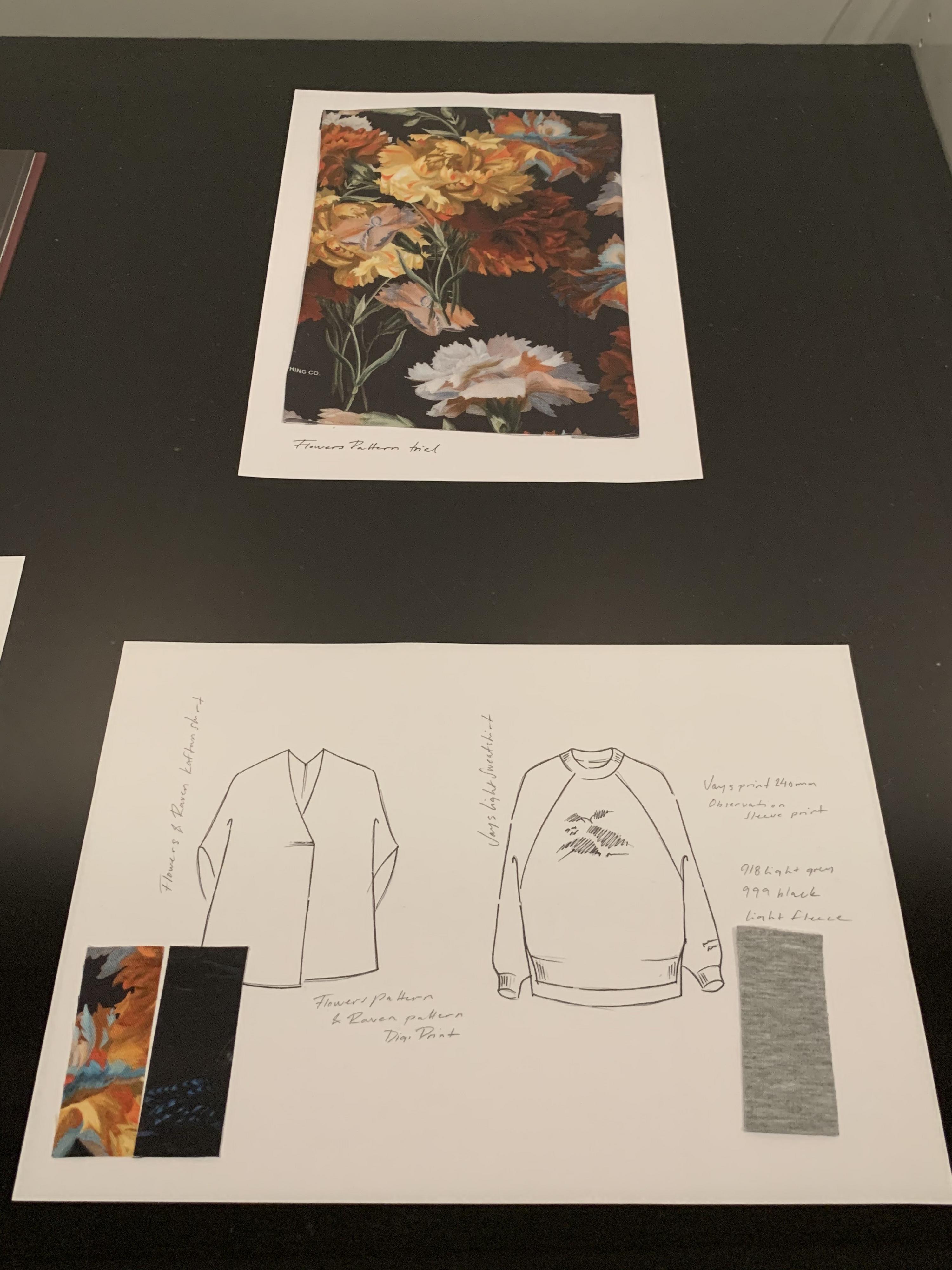 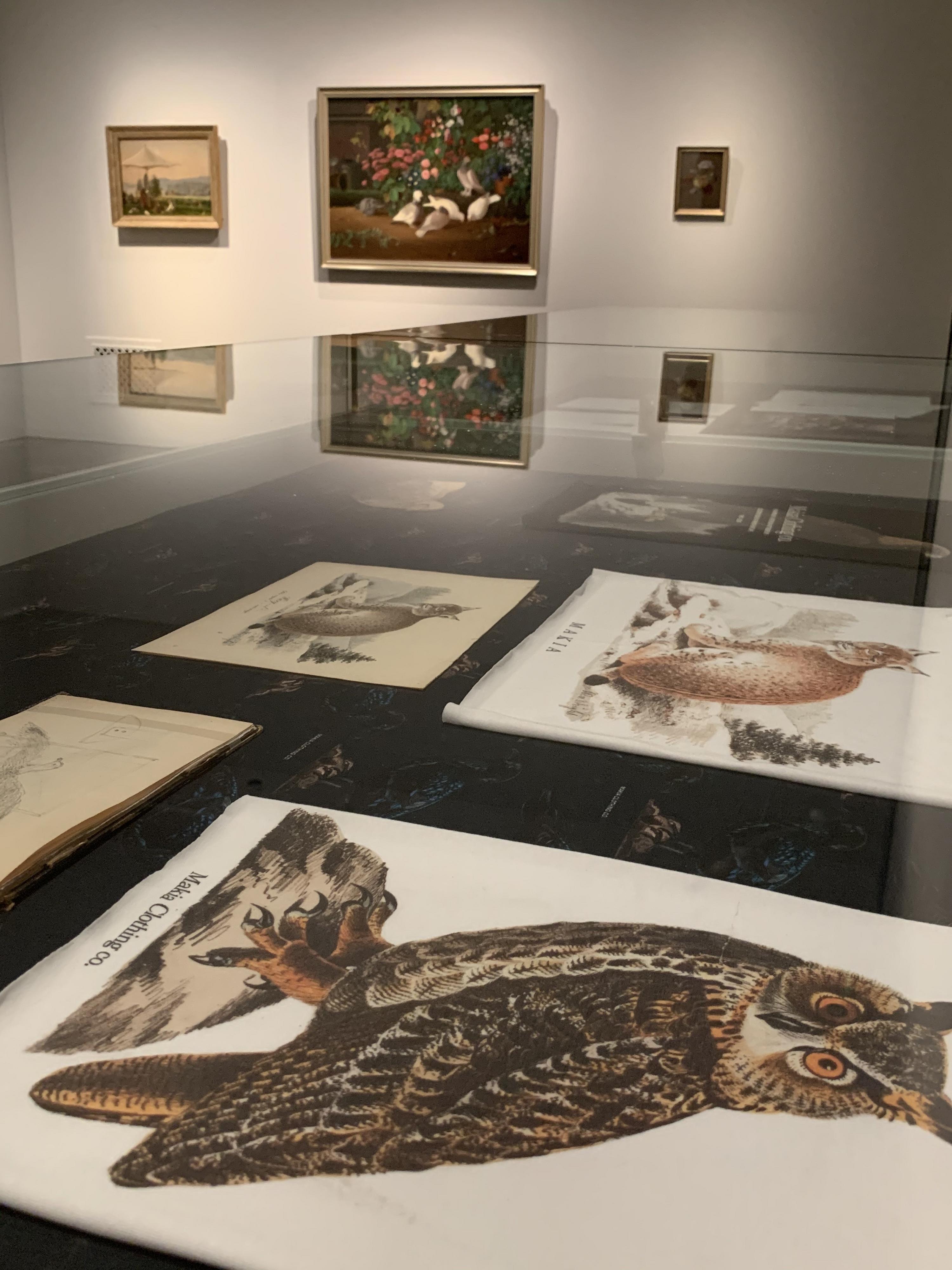